Shopping for Faith American Religion in the New Millennium

By Don Lattin, Richard Cimino
A thought-provoking analysis of contemporary developments in American religion and spirituality.

Well-researched, thought-provoking, and wide-ranging, this is a bellwether volume for anyone interested in contemporary developments and future forecasts in American religion and spirituality. Richard Cimino, editor and publisher of Religion Watch, and Don Lattin, religion editor for the San Francisco Chronicle, hail the expansion of spiritual pluralism and practice as a positive development. They also believe that "the mixture of practicality and personal faith will mark American religion in the new millennium."

In a section titled "Searching for Self and Spirit," Cimino and Lattin discuss the phenomenon of experiential spirituality and the pick-and-choose approach to faith which has become the model for millions of Baby Boomers and Generation Xers. The authors also predict the expansion of workplace spirituality, peace between science and religion, the increasing links between spirituality and health, and the growing use of the media as a vehicle for spiritual insight.

Under the rubric of "Searching for Community," Cimino and Lattin discuss megachurches as "the evangelical answer to Home Depot," the downsizing and decentralization of denominations, the flowering of women in leadership roles in churches, synagogues, and other congregations, the development of more specialized ministries and small groups, and the advancement of interfaith dialogue and cooperation. In the final section, "Searching for Common Culture," the authors monitor the connections between spirituality and social action, the expansion of parochial schools, and new partnerships to serve the poor and combat environmental destruction. 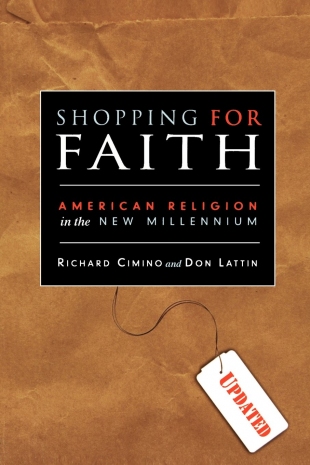