Finding Jesus, Discovering Self Passages to Healing and Wholeness

By Caren Goldman, William Dols
Personal meaning-making using stories from the life and ministry of Jesus.

Caren Goldman is an award-winning Jewish journalist who specializes in writing about spirituality, health, religion, the arts, and the humanities. William Dols is an ordained Episcopal priest with a Ph.D. in biblical studies and psychology from the Graduate Theological Union and the University of California. He has served three parishes and spent eight years as the editor of The Educational Center, a nonprofit organization that has provided resources and training designed to equip people of all ages and institutions worldwide to decipher the meaning of their own experiences.

This paperback is divided into 14 chapters on the life of Jesus with titles such as leaving home, beginning the journey, living with wilderness, binding wounds, crossing boundaries, discovering God's kingdom, and more. Goldman and Dols write:

"Stories about Jesus teach us about letting go, being lost, embracing the terrifying possibility of being able, and coming home. Said another way, stories about Jesus beckon us to hear the call from the tree where we once hid a long, long time ago and choose to come back to self, to others, and even to God. In the world of story, those whom Jesus encounters — the bent-over woman, the blind beggar, the hemorrhaging woman, and the lost son or daughter whom we each are — may finally risk standing up straight, speaking one's truth, seeing the world with new eyes, going home, and at last, choosing to say, 'Yes!' ''

These key stories from the Gospels are followed by "Reflections" where Goldman and Dols share stories from their own lives about family, death, disease, struggles, and ethical challenges. A section called "Wanderings and Wonderings" offers different avenues of approaching the stories. The most vibrant section is "Mirrors" where other material is presented from poems, novels, nonfiction books, and spirituality writers.

For example, in a chapter called "Speaking One's Truth," the focus is on the woman suffering from hemorrhages who touches Jesus' clothes and is healed. Goldman's essay is about a man who was forced to confront his guilt and anger over the suicide of a 15-year-old girl. One of the exercises designed to get readers involved with the text suggests, Look around your world and name someone living or dead to whom you want to speak the whole truth today. List the known consequences — positive and negative — of doing so and of not doing so." Material in the "Mirrors" section include quotes from Cornel West, Sue Monk Kidd, Pope John Paul II, Lily Tomlin, and an excerpt from the novel The Kite Runner by Khaled Hosseini. This volume ought to give readers a fresh appreciation of the meaning-making values of all types of stories. 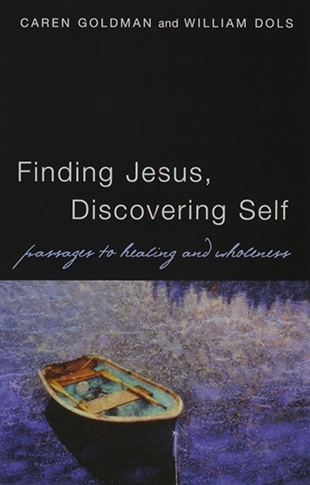