By Joel Schorn
Explores the importance of the little way in the lives of three saintly Catholic women.

Joel Schorn, a writer and editor in Chicago, has chosen to focus on three Catholic women who walked the path of service and holiness with humility. Mother Teresa worked in the slums in India doing all she could for the homeless and the helpless; Dorothy Day's voluntary poverty was part of her mission to the down-and-out in America's large cities; and Thérèse of Lisieux had a powerful impact on her small Carmelite community in France. Schorn sees these three as exemplars of "the little way" doing small acts of love and kindness and putting themselves completely into their everyday spiritual practices. He posits further that their little way was a living out of what the eighteenth-century Jesuit Jean-Pierre de Caussade meant when he said "Embrace the present moment as an ever-flowing source of holiness."

These three were also explorers of sainthood. Thérèse of Lisieux saw herself as a very little one. Dorothy Day expanded the idea and wrote:

"We are put here to become saints. Every life should be dedicated to (God) . . . God has invited us to a union with himself. We must combat the idea that only a few are called to sanctity. We are all called to be saints. God expects something from each of us that no one else can do. If we don't, it will not be done." Mother Teresa agrees: "Holiness is not the luxury of the few. It is a simple duty for you and for me." As practitioners of the little way, they inspire us to make the most of what we have been put on earth to do.

Shorn notes that these women were examples of downward mobility: marginalizing themselves in terms of wealth, possessions, and status. He also takes note of their commitment to the work of the kingdom of God, which proceeds one person at a time. This personalist approach to people resulted in the little way as being one of peace. Mother Teresa once observed: "A smile is the beginning of love. Let us not use bombs and guns to overcome the world. Let us use love and compassion. Peace begins with a smile. Smile five times a day at someone you don't really want to smile at at all. Do it for peace."

Shorn makes a good case for the value and relevance of the little way of Thérèse of Lisieux, Dorothy Day, and Mother Teresa. In today's fast-paced world of large and boisterous changes, it is refreshing to read about three Catholic women who found deep joy in serving others. It is also time that we move beyond the vaulted view of sainthood and come to rest with the idea of people doing the best they can by living out love in their everyday activities. 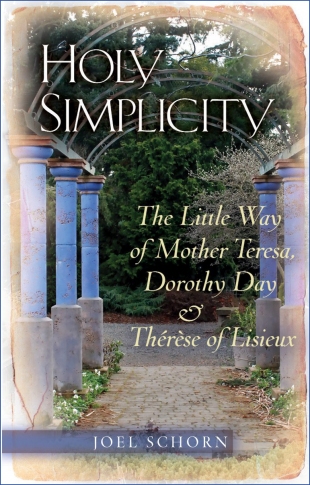