The Intimate Merton His Life from His Journals

This exquisite, soulful, and searingly honest volume contains the finest sections from Thomas Merton's (1915-1968) seven volumes of journals. As Patrick Hart and Jonathan Montaldo point out in the introduction, "Writing a journal was the birth canal through which the myriad inner responses of his spirit to the world became enfleshed and took on a life of their own." On these pages you will encounter a monk, a poet, a contemplative, a spiritual director, a raconteur, a social activist, a voracious and eclectic reader, a prophet, a sensuous man, a dreamer, a critic, a nature lover, a tormented soul, a mystic, and a pioneer of inter-religious dialogue.

Merton's character and conscience are mirrored as he reads the Catholic theologian Romano Guardini, as he muses on the meaning of the Shakers and their communal dream, as he savors Job, as he ponders a dream about the black Mother, as he experiences an epiphany on a city street, and as he talks with the Dalai Lama.

Here is Merton as the forerunner of one of the probable spiritual adventures of the twenty-first century: "If I can unite in myself, in my own spiritual life, the thought of the East and the West, of the Greek and the Latin Fathers, I will create in myself a reunion of the divided Church, and from that unity in myself can come the exterior and visible unity of the Church. For, if we want to bring together East and West, we cannot do it by imposing one upon the other. We must contain both in ourselves and transcend them both in Christ." If you want to catch more hints and intimations of what lies on the horizon for an emboldened Christianity, by all means read and savor this book! 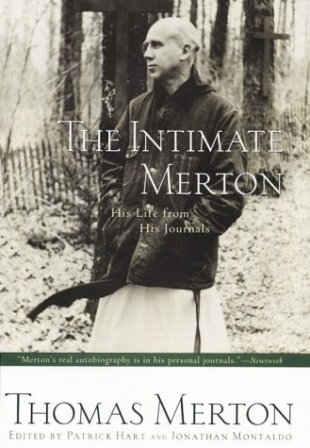