The Cross and the Lynching Tree

By James H. Cone
A theologian's incisive assessment of lynching in America and a critique of the silence of Christian communities.

James H. Cone is the Charles A. Briggs Distinguished Professor of Systematic Theology at Union Theological Seminary in New York. He is the author of three books. In this one he takes a hard look at the violent, sick, and twisted history of lynching in America and its stain on Christianity. The cross stands as the universal symbol of Christian faith whereas the lynching tree points to the oppression of blacks. Cone succeeds in giving voice to his people's suffering, fear, and stress of living with the constant threat of being strung up to a tree and tortured to death by a throng of angry racists.

How did blacks deal with this form of terrorism? They looked to blues singers who lifted their spirits and enabled them "to experience love and loss as a liberating catharsis." There was also a sanctuary where men, women and children found safety: "Our churches are where we dip our tired bodies in cool springs of hope," Richard Wright wrote. "It is only when we are within the walls of our churches that we can be wholly ourselves." Or as one spiritual puts it:

Cone examines the terrible death of Jesus in light of Reinhold Niebuhr's theology of the cross; the re-crucified Christ in the black literary imagination of people like Countee Cullen, W. E. B. Du Bois, Lorraine Hansberry, Langston Hughes, and others; the experiences of black women; and the ministry of Martin Luther King, Jr.

"Perhaps nothing about the history of mob violence in the United States is more surprising than how quickly an understanding of the full horror of lynching has receded from the nation's collective historical memory."

Not only have Americans erased the lynching of innocent blacks from their minds but they have refused to acknowledge what Michelle Alexander calls "the new Jim Crow," where more than one million black men between the ages of eighteen and twenty-eight are in prison. The shadow of racism has fallen across the nation once again and the Christian community is silent except for a few justice activists who have spoken out. 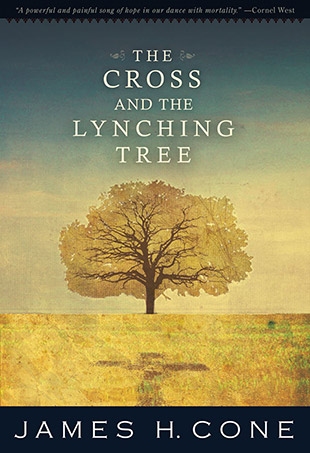