In the Beginning Was the Spirit Science, Religion, and Indigenous Spirituality

By Diarmuid O'Murchu
An ambitious theological work offering a richer understanding and more expansive view of the Spirit.

Diarmuid O'Murchu is a Catholic priest and enthusiastic commentator on the interplay between religion, science, and spirituality. Two of his books on this subject are Quantum Theology and Evolutionary Faith. In this ambitious theological work, O'Murchu deftly takes a roving look at the third member of the Christian Trinity who has been slighted by believers and bypassed in the secular world as a sort of whimsical Caspar the Ghost figure.

Although the author will concede that the Holy Spirit has a playful side, he refuses to limit the Spirit's presence and activity in our everyday lives and in the broad sweeps of history and time. O'Murchu charts the energies of the Spirit as a spur to the Creation of the world. He applauds Miriam Therese Winter reframing of the seven gifts of the Spirit (Gal. 5: 22-23) in light of quantum physics: relativity, uncertainty, probability, complementarity, nonlocality, sychronicity, and change.

O'Murchu heralds what we can learn from aboriginal wisdom about our relationships, connections, and the great web of life. He includes under this tent Native American spirituality, the Spirit of Africa, and the Great Religions of Asia, and shamanism. These traditions expand and enrich the already fecund Christian beliefs in the Holy Spirit, especially among fundamentalist Pentecostal churches. But even in their most liberal moments, Christian communities might find it difficult to accept what O'Murchu calls "The Erotic Spirit" behind creativity, pleasure, intimacy, and passion. Ditto for "the Spirit of the Wild" where chaos and mystery blaze a path that goes beyond law and order and rationality.

Most traditional Christians also have had a hard time recognizing the truth of nonduality (it is much easier to divide the world into a battle between good and evil) but they might be ready to at least consider the Eight Horizons of Spirit offered by O'Murchu: 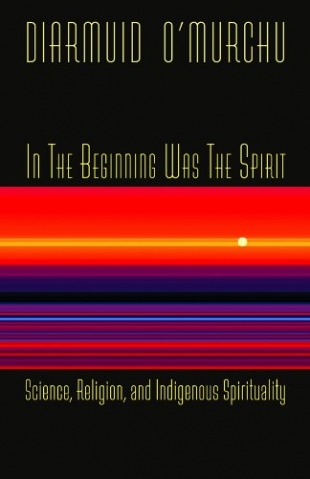