By Paula Huston
Spiritual disciplines to bring meaning and wisdom to old age.

Paula Huston, a National Endowment for the Arts Creative Writing Fellow, has published fiction and essays for more than 20 years. She was co-editor and essayist for Signatures of Grace: Catholic Writers on the Sacraments. In this timely and refreshing paperback, Huston shares 10 spiritual practices which she believes can usher people into a deeper and more fulfilling second half of life. At 60, she feels qualified to speak the wisdom she has accrued from her experiences as a grandmother and a caretaker for her birth mother.

Seeing old age as a mystery which must be embraced and not run away from, Huston unveils her inner voice as "an ordinary mystic." Many of the 10 spiritual disciplines she discusses serve as antidotes to the dark sides of old age — closed-mindedness, complaining, fear of change, an obsession with security and comfort, boredom, resentment, judgmentalism, and disappointment.

Huston has many cogent things to say about not being so swayed by others that we divide people up between those we love and those we hate. She calls herself "An American Forest Dweller" who wants to relinquish her responsibilities and seek the truth. She notes the need to stay alert to the messages and the meanings of everyday spirituality, and comments on the futility of trying to hold off the march of time and the inevitability of impermanence.

Huston learns from her readings of the Desert Fathers and Mothers that she has to do more anger management or it will consume her later years. She also vows to stave off grumpiness with gratitude. Huston observes that respect for elders is a tradition still held in high esteem in contemporary monasteries, and she laments that this is not so in the larger society. She is very pleased when asked to mentor graduate writing students. It signals one way she can become a blessing for the world in old age. 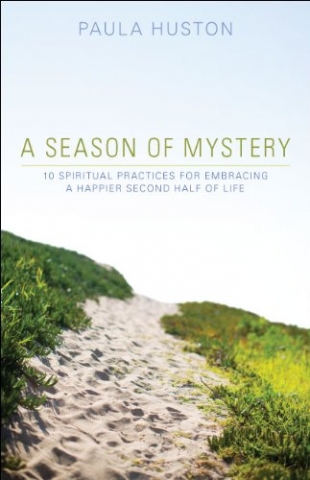