The Nearest Thing to Life

By James Wood
An elegant collection of essays blending literary criticism with thought-provoking observations on faith and fiction.

James Wood is a literary critic, essayist, and novelist. He is Professor of the Practice of Literary Criticism at Harvard University and a staff writer at the New Yorker magazine. This rewarding collection of essays has been sponsored by The Mandel Lectures, which were launched in 2011 to promote the study of the humanities at Brandeis University.

The Nearest Thing to Life is a part of this book series and rightfully so given Woods' flare for exploring the connections between religion, literature, and life.

He begins with a capacious quotation from George Eliot:

"Art is the nearest thing to life; it is a mode of amplifying experience and extending our contact with our fellow-men beyond the bounds of our personal lot."

Wood grew up in a home where both parents were engaged Christians. They tried to pass their faith on to him but as an adolescent he had discovered "the novel and short story as an utterly free space where anything might be thought, anything uttered." These forms of fiction also gave him companions who allowed him to experience fresh territory. But there is more: "Fiction, being the game of not quite, is the place of not-quite-belief. Precisely what is a danger in religion is the very fabric of fiction."

Wood moves on to consider the many ways writers tutor us in the art of long looking and what Walter Benjamin called "the natural prayer of the soul: attentiveness." He also shares the secret of his brand of literary criticism which consists of reading through books, not just about them.

Wood has written a work of elegant literary criticism blended with thought-provoking observations on faith and fiction. 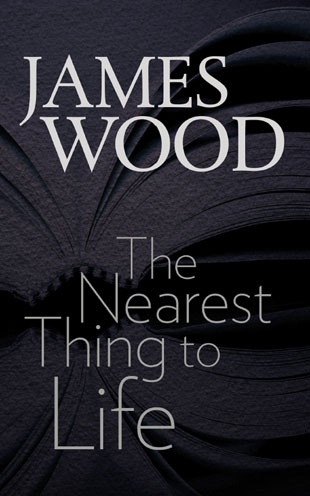