By James T. Keane, James Martin
Writings by a sensitive servant of God and teacher of Christian wisdom.

James Martin is a Jesuit priest, editor at large of America magazine and a New York Times bestselling author, and a very visible media spokesperson for Catholicism.

This paperback is part of the Orbis Books' Modern Spiritual Masters Series. The selections from Martin's essential writings have been made by James T. Keane, an editor at Orbis Books who is a regular reviewer and columnist for America.

In his introduction, Keane tells how Martin was propelled from a top executive job at General Electric to the priesthood thanks to the life and work of Thomas Merton. He became a novice in the Society of Jesus (Jesuits) in the summer of 1988. Martin was especially taken with the Spiritual Exercises of St. Ignatius of Loyola, the importance of working with the poor and needy, and the study of philosophy.

After working for several years in Nairobi, Kenya, he was missioned to serve as a writer and then editor. In an interesting connection, Keane compares Martin to the prolific and popular Archbishop Fulton Sheen whose relaxed homilies and teachings found a large audience on television. Martin's semiregular appearances on The Colbert Report made perfect use of this media savvy priest's fascination with comedy, humor, and laughter.

Perhaps the two central thrusts of Martin's ministry are his ongoing quest for God in all things and his abiding theme of compassionate service of the poor.

James Martin: Essential Writings begins with a bang by looking at the validity and even spiritual power of doubt, disbelief and the dark night of the soul as exemplified by Mother Teresa and ends with a creative meditation upon St. Jude, the patron saint of lost causes. Other topics covered include spirituality and prayer, the care of the soul, and models of holiness. Martin proves himself to be a very gifted and sensitive servant of God and teacher of Christian wisdom.

Try a Spiritual Practice on Faith 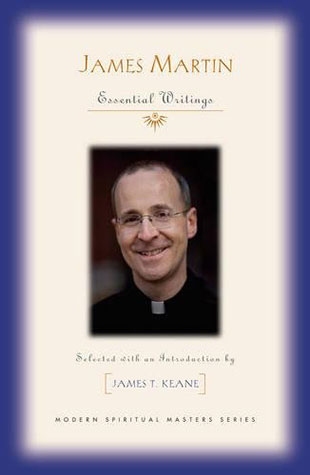