The Souls of China The Return of Religion After Mao

By Ian Johnson
A sturdy and incisive examination of China's diverse religious and spiritual revival.

Communist China during the reign of Mao (1949 - 1976) vented its spleen on the religions of Confucianism, Buddhism, and Taoism. Temples and monasteries were decimated; religious leaders were assaulted, imprisoned, and killed. Christians were seen as intruders who had been influenced by Western ways.

In this sturdy and incisive work, Ian Johnson, a Pulitzer Prize-winning writer based in Beijing, covers this period and post-Mao years when religion returned into public practice after a long period of antireligious campaigns. A survey conducted in 2005 by one of China's most prestigious universities revealed that one third of the population of 300 million people adhere to some way of faith through Confucianism, Buddhism, Taoism, Christianity, or folk religion. Johnson points out that Protestantism has become a dynamic part of China's new religious landscape. These Christians reside in the largest cities and are among its best-educated people.

The intrepid author visits temples in the countryside and discovers them filled with people on holidays. The ordinary folk are not only praying but giving large donations – as much as a million U.S. dollars. Equally surprising is the construction of new churches and even mosques.

Following the rhythms of the Chinese lunar year, Johnson visits with a qigong master, listens to the music of Taoists whose ritual performances are designed to deliver the deceased "over to the other side," spends time with celebrity Zen Buddhists who share wisdom with real estate developers, salutes the pilgrimages taken by believers, probes the charisma of a preacher who dreams of setting up a seminary, attends a meditation course in the caves of southern China, and watches representatives of an unregistered Christian church that is prophetically critiquing the government for its moral pronouncements.

Johnson concludes that many in this changing society are not satisfied with the rampant materialism of China and are desperately seeking religious and spiritual alternatives:

"Hundreds of millions of Chinese are consumed with doubt about their society and turning to religion and faith for answers that they do not find in the radically secular world constructed around them. They wonder what more there is to life than materialism and what makes a good life. As one person I interviewed for this book told me, 'We thought we were unhappy because we were poor. But now a lot of us aren't poor anymore, and yet we're still unhappy. We realize there's something missing and that's a spiritual life." 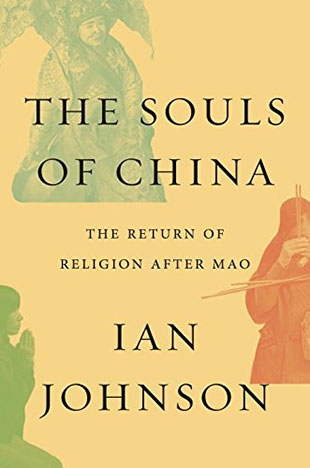