Climbing the Rope to God Mystical Testimony and Teaching

Their latest work, Sacred Ecstatics, presents a collaborative synthesis of the spiritual work they have been doing around the world through workshops, intensives, and a mentorship program. Over the years, they have been invited to join and lead ceremonies on the Kalahari dance ground, the seiki benches of old Japan, the praise houses of the Caribbean, and the holiness black churches of America. What do all these places have in common? They are arenas where people set their souls on fire.

Climbing the Rope to God is a companion volume to their other books, giving us a different entry point into the Keeneys' mystical teachings. It takes us on a rollercoaster ride through a six-month period during which Bradford had visionary dreams that seemed to emerge seamlessly from his earlier experiences of the electrifying sacred vibration of divine mystery. Hillary had visions as well, confirming her own path as a master spiritual teacher.

On these pages, the Keeneys share their records of the content, narrative, and messages of these visions. They had close encounters with the wisdom, insights, music, and philosophy of saints, shamans, healers, composers, poets and scientists. They note that dreams have played an important role in the world's religions as well as the lives of indigenous peoples. In their cases, the dreams contain directives for their mission and teachings.

For example, music plays a central role in the Keeneys' mystical testimony. Whether immersed in the classical music of Beethoven and Liszt; the hymns of Joseph Hart; the African-American gospel music of Lucie E. Campbell, or pop cultural gems such as "There Will Never Be Another You," the authors make it clear that all of these musical expressions serve as spiritual classrooms. Their visions are a life-affirming yes to the healing powers of music

Their advice: Listen to your dreams for songs that arrive with sacred vibrations and mystical meanings which can flower into bloom during your waking hours.

The Keeneys have some final words for us as the readers:

"We thank God for being the one who makes the most important changes and highest visions come true. Only the divine changing of First Creation can alter your misdirection, set you on course, and take you to your destiny. May you find the truth that makes darkness bright and turns wrong to right." 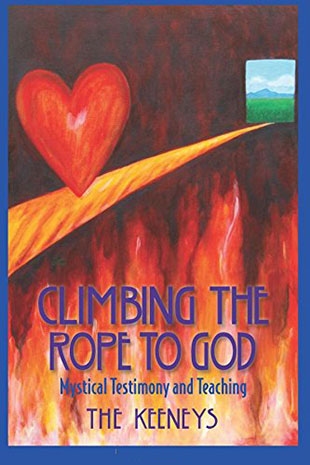 I Am the Light of the World