By John Dear
A creative vision of nonviolence and environmental renewal.

In the inspiring introduction to this visionary work, John Dear begins with these words, "I've spent my life chasing an idea — the idea of nonviolence." For four decades this intrepid and zealous priest has taught, preached, and prayed around the world. His work has been spurred on by the pioneering efforts of his spiritual heroes: Mahatma Gandhi, Dorothy Day, and Martin Luther King, Jr.

Their influence shows: Dear has been arrested eighty times for his nonviolent civil disobedience against wars, human right violations, and other power plays of institutions. He confesses, "I've spent nearly every day of my life trying to talk people out of killing others, waging war, or quietly supporting the culture of violence. It's been a long difficult trip, but as my friend Daniel Berrigan once said to me, at least it hasn't been dull."

In They Will Inherit the Earth, Dear outlines his fresh and creative commitment to making "the connection between active nonviolence and oneness with creation." His stories of people taking a courageous stand — some at risk of being killed for doing so — serve as an inspiration for us to take our own steps forward to protect the earth. He shows us what he has been doing recently to play his part in practicing oneness with nature, such as learning from indigenous women, resisting the Dakota Access Pipeline, working with the environmental activist Bill McKibben, and musing on Pope Francis's encyclical on the environment.

Dear's mission involves a thoughtful and earnest critique of permanent war, corporate greed, economic inequality, gun deaths, armed drones, selfish consumerism, nuclear proliferation, systemic racism, and extreme poverty. All of this prophetic resistance speaks to the need for all of us to heed the words of Martin Luther King Jr., who said: "The choice today is no longer between violence and nonviolence. It is either nonviolence or nonexistence." 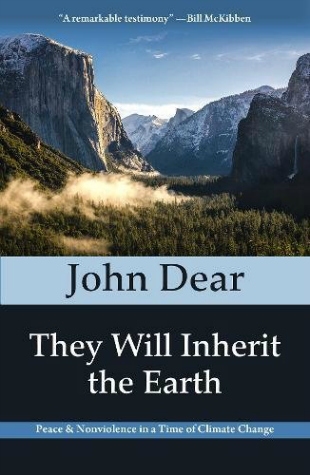