The World Could Be Otherwise Imagination and the Bodhisattva Path

By Norman Fischer
A Buddhist teacher's suggestions for practicing the paramitas on our spiritual journey.

Norman Fischer is a Zen priest, poet, translator, and director of the Everyday Zen Foundation. He is profiled in S&P's Living Spiritual Teachers Project. Given his creativity and sensitivity, it was only a matter of time until this wisdom maker would write about the salutary value of imagination. He states:

"In this book I advocate the development of the imagination as a necessity for human survival and thriving in times ahead. The practice of imagination has to be more than a good idea or an aspiration. It needs a path of development, a process, a discipline, to support it. My intention is to use what I have learned over a lifetime of Buddhist practice — with contributions as well from my longstanding work as a poet — to propose an imaginative path of spiritual practice that can be used by anyone."

The imagination expands the heart and makes way for the six perfections or paramitas which Fischer calls "pathways for the development of character." They are generosity, ethical conduct, patience, joyful effort, meditation, and understanding. He is convinced that the more we practice them "the more we will see how ordinary human life, with all its pressures and difficulties, can also be a heroic and passionate spiritual journey." Imagination and practice, in short, help us see the world differently.

In his teachings on the perfection of generosity, Fischer discusses openness, giving and letting go, fearlessness, the world as gift, seeing me and you as empty concepts, and giving merit. At the end of the chapter are some "Daily Life Practices" including a "One Heart Grace."

In his discussion of the other paramitas, Fischer demonstrates wisdom in his examination of the word "refuge," the fact that words matter more than we think they do, the challenges of being with difficulty, dealing with personal hardship and pain, relating to desire, practicing mindfulness, and emptiness. Fischer's teachings on the six paramitas are incredibly valuable for those on a spiritual path. 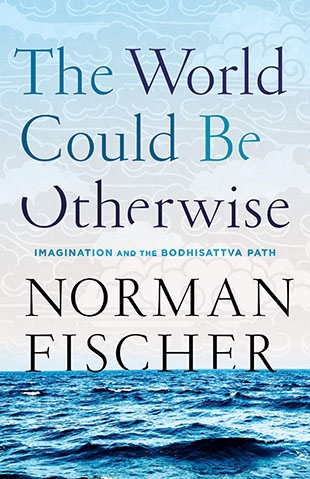