By Peter Watson
A dramatic and poignant examination of the birth of the Nuclear Age.

The splitting of the atom in the late 1930s unlocked the door to the Nuclear Age. Soon scientists, soldiers, and statesmen were involved in a massive secret project to develop, test, and build an atomic bomb. The use of that weapon on Hiroshima and Nagasaki, Japan, marked the end of World War II and signaled the start of another war — the "Cold War" between the United States and the Soviet Union.

Journalist, television presenter, and historian of intellectual movements Peter Watson skillfully uses recently opened archives in Great Britain, the United States, Germany, Denmark, Russia, and France as spotlights to help illuminate the secrecy, lies, and deceptions during this critical span of history. Watson makes it clear that the destruction and deaths in Hiroshima and Nagasaki were not needed to end the war but instead were demonstrations of the clout of the United States as a global superpower armed with the might of atom bombs. The message was for the Soviet Union as a deterrence during the ensuing post-war period.

With the compelling skill of an espionage writer, Watson captures the drama provided by two nuclear scientists Niels Bohr and Karl Fuchs, who along with Australian scientific publisher Paul Rosbaud get caught up in their own sharing of secrets including the big one: The atom bomb never should have been built since the Germans had no intention of constructing their own to use against the Allied Forces. 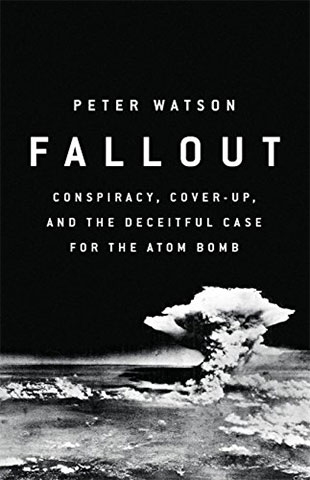