By Nick McDonell
A quest to find out more about the civilian casualties in the Iraq and Afghanistan wars.

Political theorist and novelist Nick McDonell was born in 1984, and halfway through his life when the United States went to war abroad, he went, too. In this book, he goes on a quest to learn more about the civilian casualties in the U.S. wars in Iraq and Afghanistan. There are tough questions on his mind such as "how the United States tabulates civilian deaths in wartime, what can be done to minimalize them, and ultimately, what a human life is worth."

McDonell finds a cold, calculated answer on the worth question. According to a Government Accountability Office report, in Iraq the answer is up to $2,500 for each civilian death, $1,500 for people seriously injured, and $200 for minor injuries.

He describes a visit to an American tactical operations center where young service men and women search for enemy targets on video screens and then call in air strikes by drones or fighter planes. They employ something called Collateral Damage Estimate Methodology to supply them with "target packages." Just before leaving the center, the author learns that one targeter has killed 136 people.

In October 2006, a study published in The Lancet, a peer-reviewed medical journal, revealed that as of the previous July, an estimated 654,000 "excess Iraqi deaths" had resulted from the war. McDonell points out that the U.S. refuses to publicly acknowledge these noncombatant civilian deaths. He gives us plenty to think about in this ethical account and assessment of civilian casualties in America's wars. 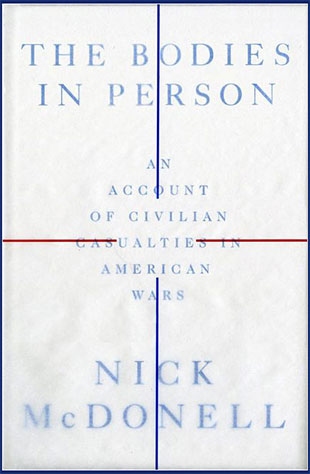