The Bomb Presidents, Generals, and the Secret History of Nuclear War

By Fred Kaplan
A detailed and scary overview of U.S. nuclear strategies and the dangerous crises faced by commanders-in-chiefs.

In a 1961 speech given to the General Assembly of the United Nations, U.S. President John F. Kennedy said:

"Every man, woman, and child lives under a nuclear sword of Damocles, hanging by the slenderest of threads, capable of being cut at any moment by accident or miscalculation or by madness. The weapons of war must be abolished before they abolish us."

But nuclear weapons are still with us, with no abolishment plans in sight.

The history of the bomb is disturbing. On August 6, 1945, the United States dropped an atomic bomb on the Japanese city of Hiroshima. Three days later, on August 9, another bomb was dropped on Nagasaki. These nuclear weapons killed nearly 300,000 people, almost all civilians, and injured tens of thousands more. Even today, survivors try to cope with horrific memories and terrible health consequences from the bombs.

President Harry Truman said he issued the orders to drop the atomic bombs in order to bring World War II to an end. But many experts claim he was covering up the real reason: to test weapons to use in any future military confrontation with Russia. The men, women, and children who lost their lives had no direct bearing on any Japanese military operation. After the United States led the way, other nations stockpiled nuclear weapons during the Cold War and even afterwards.

Slate national security columnist and Pulitzer Prize-winning journalist Fred Kaplan presents a detailed and often very scary overview of U.S. nuclear strategies, ably explaining how they hover on the brink of madness. He has plowed through declassified government documents and interviewed 160 presidents, generals, politicians, and policymakers. Kaplan also takes a hard look at the dangerous crises faced by commanders-in-chiefs from Truman through Trump.

The end result of spending so much time, money, and effort on nuclear weapons is summed up by peace activist John Dear in his book The Questions of Jesus:

"One of the many casualties of war is the imagination. In a world blinded with thirty-five wars, massive starvation, and tens of thousands of nuclear weapons, people cannot even imagine the possibility of peace — a world without war, poverty or nuclear weapons. We can no longer envision such a world because the culture of war has robbed us of the imagination of peace. " 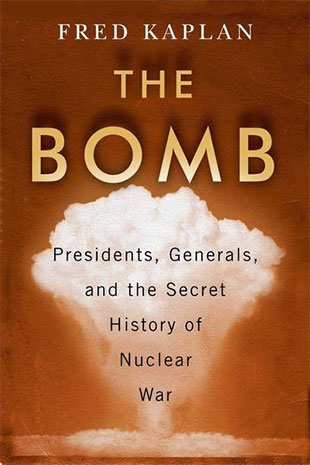