By Cornel West
A sharp prophetic cry for black freedom, justice, and transformation.

Cornel West begins the new introduction to the 25th anniversary edition of his controversial 1993 book with these words:

"We live in one of the darkest moments in American history — a bleak time of spiritual blackout and imperial meltdown. Twenty-five years ago I tried to lay bare the realities and challenges to American democracy in light of the doings and sufferings of black people. And I reached heartbreaking yet hopeful conclusions. In our time, the heartbreak cuts much deeper and hope has nearly run out."

With fire in his belly and a sharp sting in his words, West speaks of the concerted waves of hatred, lynchings, and derision heaped upon black people in all regions of the country. He condemns the dominance of consumerism in American culture and laments "the predominance of the market-inspired way of life over all others" which edges out "nonmarket values — love, care, service to others — handed down by preceding generations."

West identifies other factors holding black Americans down including the crisis of black leadership, the rise of a new black conservatism, and the spread of black nihilism ("a profound sense of psychological depression, personal worthlessness and social despair"). He identifies challenges facing black people, including the need to move beyond Affirmative Action, the importance of wiping out black poverty as a condition of genuine progress, the tensions in African-American and Jewish relations, and the continuing taboo on the subject of black sexuality. 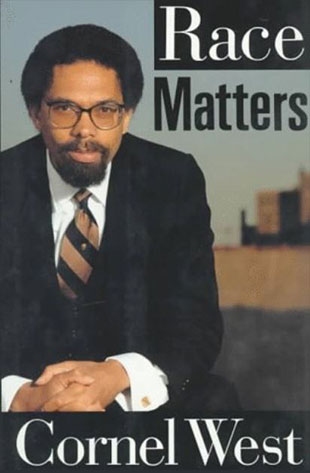