Sovereign Self Claim Your Inner Joy and Freedom with the Empowering Wisdom of the Vedas, Upanishads, and Bhagavad Gita

By Acharya Shunya
Teachings that help us find the inherent value in ourselves as a Self — a vessel of divine activity.

There are sentences in this book that should make just about anyone sit up and pay attention. As the subtitle says, the book promises to open up the major scriptures of what’s traditionally rendered “Hinduism,” but in Acharya Shunya’s teaching is more properly understood as Advaita: nondualistic thinking.

Advaitic teachings have transformed the West since being introduced to North America in the 1800s. For example, one of Christianity’s most popular living religious teachers today, Richard Rohr, is a devotee of nondualistic thinking and uses it to reinterpret his theology and practice.

Acharya Shunya, who is also a trained yogi and a master of Ayurveda, communicates very well, and her sentences certainly have the power to stop us in our tracks:

“Remember, this universe is a divine setup. Separately and collectively, we are each playing different roles to awaken ourselves and each other to the truth of our forgotten nature.”

This message runs through the entire work. Wake up — because you are confused in ways that needn’t confuse you — and see that you are not ordinary or unimportant. You are in fact a Self — a divine creation with divine purpose. It is that Self which awaits your discovery, as the author puts it.

You’ll also learn a lot about the Vedas, Upanishads, and the Bhagavad Gita along the way. 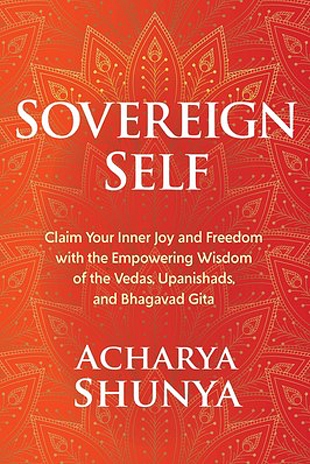