Anchored in the Current Discovering Howard Thurman as Educator, Activist, Guide, and Prophet

By Gregory C. Ellison II
A book that offers Black theologian, educator, and mystic Howard Thurman as an anchor for your spiritual vocation.

If you have not yet encountered the teachings of Howard Thurman, you should. The audience for his writings is increasing in the early twenty-first century, given the need for racial justice in our world and the growing awareness of his powerful and quiet witness.

This great theologian, educator, and civil rights activist died 40 years ago, in 1981, after a long career that included 12 years as dean of the chapel at Boston University where he had a significant impact upon Martin Luther King, Jr. Dr. King learned radical nonviolence from Thurman, who learned it firsthand from Mahatma Gandhi in India in the 1930s.

You can learn more about Howard Thurman in our Remembering Spiritual Masters Project. We will also soon be reviewing a new biography of Thurman that was published in February.

But don’t look past this edited volume of essays, many of them written by authors well-known to Spirituality & Practice. We will only describe one of them here, before mentioning the authors of the others.

In her chapter, Barbara Brown Taylor writes about how Thurman has been an anchor for her work in teaching, preaching, and offering prophetic witness to the justice of God. She begins by acknowledging her own position as a listener and learner: “He was an African American genius on whom African Americans had primary claim, not least because they received his teachings on violence, suffering, and reconciliation in ways I never could. My white life was so different from his and theirs …” But she goes on, in close autobiographical detail and with an intimate grasp of Thurman’s own life and concerns, to explain his role as a witness, a prophet, and a mystic, as well as his public vocation and his gift for making interreligious connections, which all gives rise to this: “I claim Howard Thurman as my venerable ancestor, my posthumous mentor, my interplanetary guru and guide to a perplexing new world.”

Editor Gregory C. Ellison II, who outlines Thurman’s life and influence well in the book’s introduction, also provides “Grounding Questions” at the conclusion of each essay, making this an ideal book for groups wanting to study Thurman’s innovative teachings regarding an “ethical mysticism” (be sure to see the excerpt from the book accompanying this review) and his writings and witness on racial injustice in Christian churches and in a society that is still overwhelmingly ruled by white privilege that stems from Christian principles and (mis)understandings. 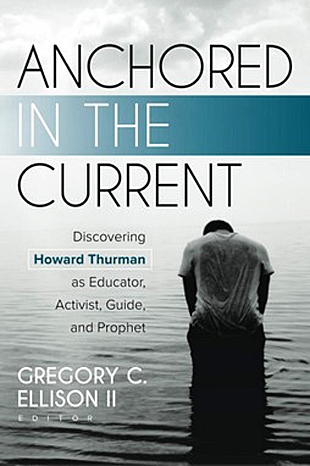