By Denys Turner
Exemplary examination of theological themes in the writings of an important late medieval English woman.

Let us say up front: This book is not for everyone. It is often used in university and graduate school classrooms. If you are interested in Julian of Norwich (1343 – ca. 1416) and seeking to delve deeper into her teachings, you should look closely. But this is not Julian for everybody, so it would be helpful to come with some experience of reading theology under your belt.

The need for this book is because Julian’s spiritual writings, known as her “Revelations” (or sometimes as her “Showings”), are not easy to understand. As the author explains in the preface:

“Julian got more than she bargained for, as those commonly do who unwittingly pray for what is beyond their powers of coping…. [W]hat she got in answer to her prayer [asking God to reveal to her the ‘mind of the passion’ of Christ] was more a theological predicament than a mere intensification of devotion.”

This “predicament,” described by author Denys Turner, is not simply that what Julian wrote is complicated but that her teachings are not ultimately reconcilable one with another. Paradoxes remain.

In her “Revelations” Julian records God’s answers to her request for special understanding, including explanations of the passion of Christ and other spiritual matters that we know today as medieval Christian mysticism. Her “Revelations” are unlike some other late medieval and many more recent Christian “revelations” in which God seems to speak didactically and instructively. Some of these seem too easy by comparison with Julian.

But readers have turned to Julian’s teachings for six centuries precisely because one feels a great sense of authenticity in them, as if she is communicating mysterious, mostly unknowable, things. At one point, for example, she writes, “I saw him and sought him, and I had him and wanted him” — speaking of Christ. When author Denys Turner, who is a professor of historical theology at Yale University, unpacks these paradoxes, it is a revelation indeed. 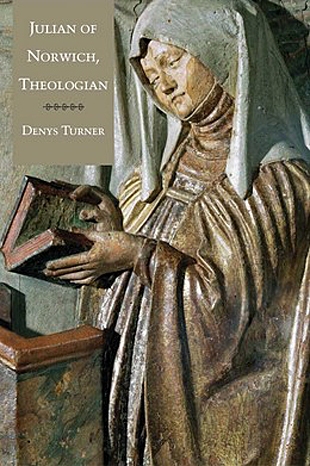