Praying with Jane Eyre Reflections on Reading as a Sacred Practice

By Vanessa Zoltan
Examples and advice on reading a novel as a sacred activity and spiritual practice.

Author Vanessa Zoltan begins this important book by telling some of her story and how she came to write it. She was a divinity-school student doing a chaplaincy internship at a large hospital in Los Angeles, having already realized that she was an atheist. Nevertheless, she still saw the world filled with sacredness. “The Bible I carried around that busy summer was Charlotte Bronte’s Jane Eyre,” she explains.

As a divinity school student, she says, “I wanted to learn how to pray, how to reflect and be vulnerable. And I didn’t think that the fact that I didn’t believe in God or the Bible should hold me back.” She explains, “Sacredness is an act, not a thing,” and “Secular novels are my scripture.”

She advises approaching reading with “rigor,” meaning that “you keep at it even when your heart isn’t in it.” She also advises being slow and deliberate and reading as a commitment, rather than as a hobby. She suggests that you read and reread a novel — or any book — seeking the “truest” meaning as it is revealed to you. These are ways of reading as a sacred activity and spiritual practice.

Harry Potter, The Great Gatsby, and Little Women are a few of the other classic novels she uses to pursue lessons in areas such as combating depression (chapter 1), overcoming fear (chapter 2), facing commitment (chapter 3), understanding anger (chapter 9), and recovering from betrayal (chapter 11).

Some of the other chapters are novel-specific in addressing a topic that is important for people whether or not they are religious, such as “On the Afterlife in Little Women” (chapter 12) and “On Hope in Harry Potter” (chapter 13).

Try a Spiritual Practice on Attention 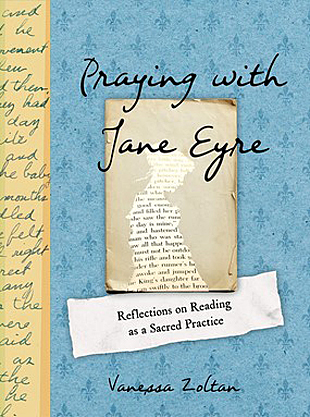