The Hildegard of Bingen Pilgrimage Book

By Annette Esser
Understanding Hildegard and her visions through her home ground.

If you ponder the title and cover of this book before opening it, you may conclude it isn’t for you because, after all, when are you likely to travel to the Rhineland in Germany to see these places associated with the brilliant and beautiful saint of the Middle Ages? But that would be a big mistake. This guidebook somehow captures the places in all of their travel-guide detail without making you feel you’re missing anything by not walking on the same cobblestone streets and alleyways. All you need is your imagination to enter the experience.

This is Hildegard of Bingen as you’ve not understood her before. This is her home ground, her green spaces, rivers, little chapels, ornaments — and how these details (very often shown in color illustrations) relate to her magnificent visions, songs, and rituals.

Author Annette Esser speaks of herself as a “friend of Hildegard,” and that kinship comes through clearly and consistently in how she presents this book of information as well as beauty. Esser earned a PhD in theology in The Netherlands, and also studied at Union Theological Seminary in New York. She offers an ecumenical Christian perspective throughout her writing, reflecting on Catholic, Protestant, and critical sources.

She created 59 tableaux or “scenes” of the life and writings of Hildegard, which form the structure of this book as well as the Hildegard of Bingen Pilgrimage Way in Germany that Esser created. Each is visual as well as descriptive.

For example, stopping in eerie Brunkenstein castle in the Rhineland, Esser leads us to ponder Hildegard’s writings about poisonous reptiles, some of which do not exist in real life, by explaining: “In her time, when the longing for stories was particularly strong, mythical creatures were fascinating, and a certain serpent embodying the devil in the story of Paradise was especially frightening … [so] when Hildegard gives us a recipe for the use of 'dragon’s blood,' she was convinced that the resin (!) bearing that name was literally that.”

Another short tableau (that’s what the chapters are also called) is devoted to Hildegard’s music. Here, as elsewhere, portions of the book are written by various other experts in the field. The expert on the saint’s music tells us that Hildegard wrote more music than any composer before her, and yet Hildegard herself tells us that she was self-taught.

Hildegard was also extraordinary as a letter-writer and carried on more correspondence than any other woman in history in the first sixteen centuries of the Common Era in Europe. In an era when women, including religious women, were supposed to be quiet, Hildegard often wrote letters to bishops, theologians, and emperors, challenging them to do better.

Even the Hildegard of Bingen afficionado will surely find details in this compact volume that are new to them. Try these two. “Hildegard wrote about no other animal as elaborately as she did about fish …” (tableau 34). “Hildegard especially recommended that melancholic people drink beer in order to raise their morale and support the regeneration of the soul’s powers …” (tableau 10).

If the price seems a bit high for a paperback, realize that this is a book with perhaps 100 illustrations over 325 pages, most in color and printed on paper that will last until your great-grandchildren. I weighed my copy on the kitchen scale and it’s 1 pound, 2.25 ounces, more than a pint of beer. 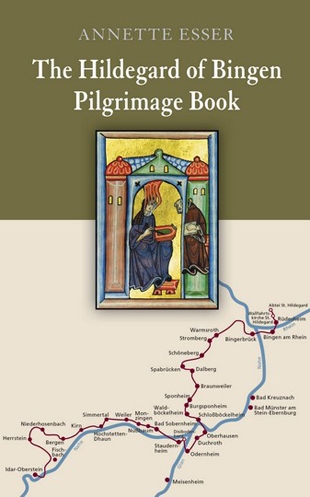