Mass in Time of War

By Barbara Cawthorne Crafton
Stirs our conscience and stretches our vision to consider what we can do in a world tangled with hatred, violence, and injustice.

Episcopal priest, writer, and spiritual director Barbara Cawthorne Crafton begins this paperback on the challenges facing us since the terrorist attacks of 9/11 with a plea from The Book of Common Prayer (1979): "Deliver us from the presumption of coming to this Table for solace only, and not for strength; for pardon only, and not for renewal." The seven chapters are organized around the mass: Introit (New York, Autumn, 2001); Kyrie Eleison (But Why Do They Hate Us?); Gloria (Peace Where Peace Is To Be Found); Credo (The God We Believe In); Sanctus (St. Paul's Chapel); Agnus Dei (John Walker Lindh) and Ite, Missa est (New York, Autumn, 2002).

With great courage and clarity, Crafton relates matters of faith and practice to the justice issues that many Americans and Christians would rather ignore. Such as the despicable persecution of the Palestinians in the Middle East and the treatment of John Walker Lindh by the U.S. judicial system. As she usually does in her meditations, the author includes honest and telling details, such as her confession that since 9/11 she has been unable to read murder mysteries where people deliberately hurt and kill other people. Equally powerful is her description of the restaurant at the top of one of the Twin Towers and her imagining of what must have happened to the huge crystal at the entrance. Crafton stirs our conscience and stretches our vision on what sensitive Christians can do in a world tangled with hate and misunderstanding and war. 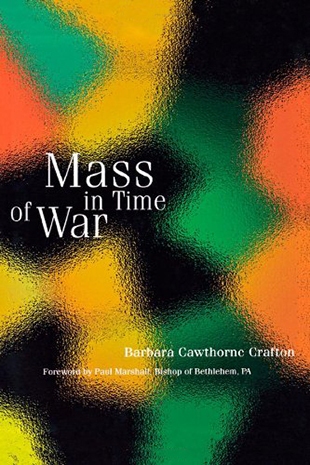