By Sue Monk Kidd
A novel about Celtic spirituality, The Sacred Feminine, and God's manifold comings-and-goings in family, nature, rituals of remembrance, love, and marriage.

It takes a rare and mysterious novel to speak to our souls in so many ways that we return to the book again and again for refreshment and renewal. Sue Monk Kidd created that kind of magic in The Secret Life of Bees, and her new novel promises to have the same effect.

Jessie has been married for 20 years to Hugh, a psychiatrist. They live in Atlanta, and their daughter Dee is away at her first year of college. Jessie squirms and frets in her empty nest and longs for a reprieve from the tedious days: "At forty-two, I'd never done anything that took my own breath away, and I suppose now that was part of the problem — my chronic inability to astonish myself." Not even her art — painting scenes in little boxes and arranging objects inside them — is satisfying to her anymore. Then she receives a message that her mother has done something weird that indicates an emotional breakdown. Jessie hasn't seen her since a very bad visit for her seventieth birthday. Neither mother nor daughter has been the same since their sole supporter died in a mysterious explosion on his boat, named Je-sea, 33 years ago.

Jesse returns to Egret Island off the coast of South Carolina where she grew up. She is happy to see Kat, her mother's best friend who runs a gift shop and has a mentally challenged daughter named Benne. Hepzibah, the island's culture keeper, is also still there, leading tours to a local slave cemetery. The most popular tourist spot, and the scene of her mother's latest crisis, is St. Senara's Abbey, named for a Celtic saint who is reputed to have been a mermaid before her conversion. In the chapel, there is a chair where individuals can sit as they pray to this saint. In a little pamphlet about her, a priest there, Father Dominic, wrote: "Some scholars suggest that the story of Saint Senara may have been created to help people choose the path of godly delight over that of sensual delight. But might it also be a way of emphasizing both?"

Egret Island is a thin place, in the Celtic sense of the phrase, a place where the visible reality of everyday life and the invisible reality of the sacred intersect, where mighty forces work mysteriously to bring about transformation. Is it any wonder that during her visit Jesse finds her heart filled with ferocious love and longing?

The best novels open us up to all the wild possibilities that have remained dormant in our psyche and soul. The Mermaid Chair will lure you into its warm embrace if you have experienced a deep sense of loss in your life that will not let you go. It will appeal to your yearning for a close encounter with grace. It will enchant that secret part of you that loves mermaids and saints. It will touch all those who struggle with the Sacred Feminine in all her incarnations. And it will speak most forcefully to those who love Chagall's Lovers in the Red Sky and don't know why. The novel salutes the power and importance of solitude and has many things to say about God's manifold comings-and-goings in family, nature, rituals of remembrance, love, and marriage. 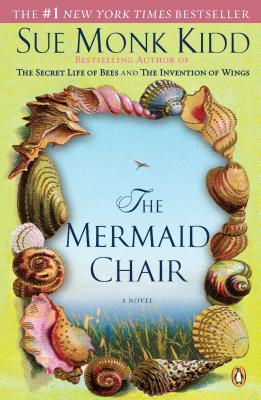