By Megan McKenna
A rigorous and deeply spiritual commentary on the Gospel of Mark.

Megan McKenna is an internationally known author, lecturer, retreat leader, and spiritual director. She is the author of more than 25 books. In this chapter by chapter assessment of the shortest Gospel, she pays special attention to the theme of Christian discipleship.

The book offers a rigorous and deeply spiritual commentary on Mark. McKenna sees Peter as the main example of a believer. Jesus shows great patience with his personal weaknesses, pride, and waywardness. Peter then becomes a stumbling block for the other disciples when he betrays Jesus. But in the end, he finally gets it, thanks to the guidance of the Holy Spirit. Peter is a model for all of his with his ups and downs and his strong faith and wavering faith in the face of difficulties.

What are some of the major themes of Mark? According to the author, it is "a primer on the cross that tells of suffering, rejection, and being faithful." It is about what it takes to make a community strong and free. McKenna lobs this next paragraph into the text, and it startles us with its starkness about one of the requirements for baptism in the early church:

"One may lay down one's life for what one believes but one may not take up arms or kill as a believer. This stance is written large into the Gospel of Mark as part and parcel of what defines one as a Christian baptized into the body and blood of Jesus. This decision and its ramifications, as outlined in Mark, became the teaching and practice of the first 350 years of the church — no member of an army or anyone willing to kill can be admitted to baptism. They may be enrolled in the catechumenate but they cannot be baptized since they are lacking in the primary 'mark,' if you will, of a follower of Jesus — one who lives by love, even love unto death and love for enemies as friends, in imitation of Jesus, who loves all of us this way."

On the same theme of baptism, we learn that this initiation into the way means that the baptized have "the same access, the same relationship of intimacy and knowing of God the Father that Jesus knew on earth, in the power of the Spirit." Just try to imagine how different Christianity would be if believers under the mark of the cross were all pacifists who took seriously their connection with God through the gifts of the Holy Spirit. McKenna examines many of the characters who show up in the Gospel of Mark — the hemorrhaging woman, the rich man, and the woman who annoints Jesus with oil, among others — and challenges us to see ourselves in their experiences.

McKenna identifies forgiveness as the heart and soul of Jesus' good news. She does a wonderful job explaining how God's kingdom excludes no one and the radical ways in which Jesus reinvents the family. Divisions and separations based on economic class, gender, race, or ethnic ties have no place in his vision. He is a border crosser who constantly challenges the traditional understandings of his times. For example, in those days, children lived a precarious existence because of disease, poverty, hunger, and violence. Consequently, they were viewed as extraneous to society: "They were, in fact, little more than slaves who lived at the beck and call of anyone who needed something. They were the last, the least, the most excluded, and without protection." But Jesus embraced them and in doing so revealed that they are loved by God.

To be a disciple of Jesus means to stand under the cross and seek justice in these troubled times. There is no easy way to avert the pain and suffering of death or the high cost of aligning oneself with Jesus in defense of the poor, the abused, those who are enslaved, and those without hope:

"The cross and the way are found in divides like the Palestinian West Bank of Israel or a fence strung across an arbitrary piece of land and out into the Pacific Ocean, or in the sand of Iraq or the Sudan or the mountainous terrain of Afghanistan. The cross and the way are also found in urban centers on all the continents of the earth. We are told simply to 'go' back to all the places we left, to all the words we rejected and the people we ignored, and to find that our God, Jesus the Christ crucified and risen, is waiting for us and observing us in our lives day by day." 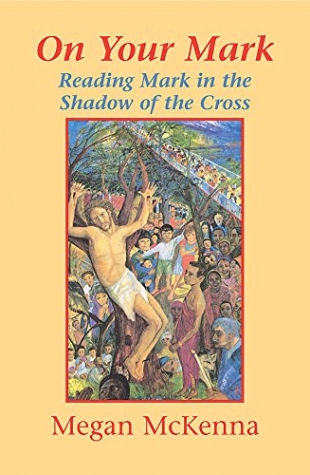