Nonviolent Soldier of Islam Badshah Khan, A Man to Match His Mountains

By Eknath Easwaran
Having the discipline, faith, and patience to stand unarmed against injustice and tyranny.

Badshah Khan (1890-1988) was a Muslim pioneer who created history's first nonviolent army of 100,000 men. His father was a Pathan leader of the people who inhabited the mountains around the strategic Khyber Pass — the entryway into the Indian subcontinent. In a society where vengeance was a cult and a code of honor, Badshah Khan practiced nonviolence as a way of life. "There is nothing surprising in a Muslim or a Pathan like me subscribing to the creed of nonviolence," he said. "It is not a new creed. It was followed fourteen hundred years ago by the Prophet all the time he was in Mecca."

Badshah Khan handed his land over to his sons and dedicated himself to the service of God and his impoverished people. "This gentle giant of a man," as Easwaran calls the 6' 3" leader, was Mahatma Gandhi's devoted ally throughout the struggle for India's independence. The British rulers imprisoned both men — Khan spent thirty years behind bars — the equivalent of every third day of his life. But his army, "the Servants of God," had the discipline, faith, and patience to stand unarmed against injustice and tyranny. He never gave up his dream of peace.

Near the end of his long life, Badshah Khan said, "No true effort is in vain. Look at the fields over there. The grain sown therein has to remain in the earth for a certain time, then it sprouts, and in due time yields hundreds of its kind. The same is the case with every effort in a good cause." 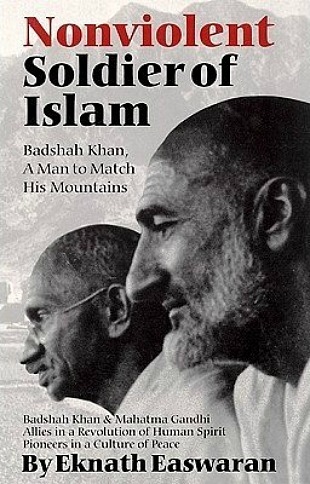