Travelling the Path of Love Sayings of Sufi Masters

By Llewellyn Vaughan-Lee
A heartfelt collection of Sufi sayings from the ninth century to the present day.

Llewellyn Vaughan-Lee was born in 1953 and has followed the Naqshbandi Sufi Path since he was 19. In 1919 he moved from London to northern California. He lectures throughout the United States and Europe on Sufism, dream work, and Jungian psychology. He is featured at Spirituality and Practice as a Living Spiritual Teacher.

In this paperback, Vaughan-Lee has collected Sufi sayings from the ninth century through the modern era. He defines Sufism as a "mystical path of love" which puts the accent on an intimate relationship with the Beloved based on surrender, remembrance, yearning, and polishing of the heart:

"The teachings and writings of the Sufis describe the soul's journey from separation to union with God. With the passion and depth of feeling that belong to lovers they outline the stages of this journey and give advice to other travelers. Sufi literature offers us the richest and most detailed understanding of the relationship of lover and Beloved, a relationship that is at the core of every mystical path."

This edifying and inspiring collection of quotations is divided into 15 thematic categories including the path, teacher and disciple, knowledge of God, wherever you turn, annihilation, and union. Here is a sample of the quotations in Travelling the Path of Love:

• "No one worships God by any act more pleasing to Him than that of loving Him."
— al-Hallaj

• "All wisdom can be stated in two lines:
What's done to you — allow it to be done.
What you must do for yourself — make sure you do it."
— Khawwas

• "The source of my grief and loneliness is deep in my breast. This is a disease that no doctor can cure. Only union with the Friend can cure it."
— Rabi'a

• "The Sufi is absent from himself and present with God."
— Hujwiri 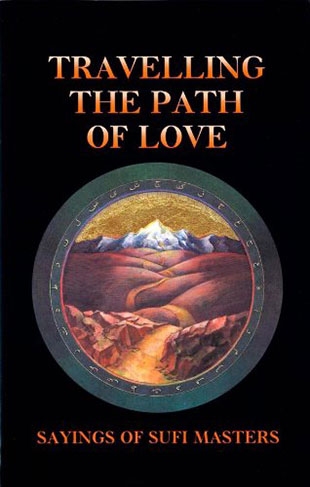