By William Johnston
Heralds a global Christianity that is open to mystery, hospitable to all religions, self-emptying and prophetic.

William Johnston, an Irish Jesuit who has lived for more than 40 years in Japan, uses the words from Song of Songs 2:10 — "Arise, my love, my fair one, and come away; for now winter is past, the rain is over and gone" — as a poetic cry of the soul for a Christian mysticism in the third millennium. As professor of religious studies and director of the Institute of Oriental Religions at Sophia University, he has taken a long, hard look at Asian spirituality. Johnston, the author of Mystical Theology, is convinced that the challenge for this century is creating a global Christianity that is open to mystery, hospitable to all religions, respectful of sexuality and science, attuned to the needs of the poor, self-emptying, prophetic, and loving in relationship to the other in all of its permutations.

Johnston celebrates the magic moment on October 27, 1986, when religious leaders from around the world gathered in Assisi to pray for peace with the Vedas, the Sutras, the Qur'an, the Avesta, the Psalms, and the Gospel. Throughout this pioneering and forward-looking work, the author affirms the visionary insights of the following mystics: St. John of the Cross, John Henry Newman, Bernard Lonergan, Bede Griffiths, Mother Teresa of Calcutta, Sri Ramakrishna, Teilhard de Chardin, Mahatma Gandhi, Rodger Kamenetz, and others.

With great reverence, Johnston affirms Jesus as the archetypal mystic. Showing his own courage, he calls upon the Vatican to move gracefully beyond its triumphalism, its lack of pastoral concern, its legalism, and its punitive treatment of theologians who don't follow the party line. And with foresight, he admonishes Christians in the West to open their hearts and minds to the wisdom of Asian mystics within the church and from other traditions. 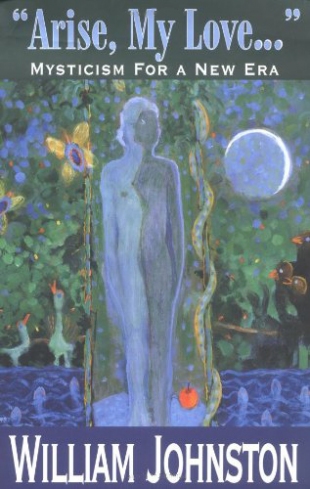