By Linda A. Mercadante
Far and away the best assessment of the Spiritual But Not Religious movement and its many meanings.

Linda A. Mercadante is the B. Robert Straker Professor of Historical Theology at the Methodist Theological Scool in Ohio and an ordained minister in the Presbyterian Church (USA). As the daughter of a Jewish mother and a Roman Catholic father, she has always been very open to religious diversity. Mercadante has experimented with atheism and with the path of being a seeker.

The movement known as "spiritual but not religious" (SBNR) came into prominence during the 1990s and consisted of those unaffiliated with any religion. Mercadante credits this movement for helping her reconnect with her own spiritual journey. She states: "I identified with and was impressed by the determination and courage of these new spiritual adventurers."

About five years ago, the author started interviewing SBNR's who are among the 1 in 5 Americans who don't identify with any religion according to a 2012 report from Pew Research Center's Forum on Religion and Public Life. The author is convinced that a profound spiritual sea change is going on in American culture and that no one knows whether it will lead to the next Great Awakening, growth in the New Thought movement, or increasing secularization similar to what's happening in Europe.

Although America is much more religious than many European countries, the decline in religious affiliation among an increasing number of people indicates a movement toward a "religion of no religion." In her interviews with SBNRs, Mercadante focuses on four areas:

1. The Sacred: Is there anything larger than myself, any sacred or transcendent dimension, any Higher Power?
2. Human Nature: What does it mean to be human?
3. Community: Is spiritual growth primarily a solitary process or is it done with others?
4. Afterlife: What will happen to me, if anything, after death?

In an attempt to provide a fuller and richer portrait of SBNRs — still an understudied group — she has divided them up according to generations and also into types:

By far the most interesting section is Mercadante's explanation of some of the common themes among the unaffiliated or "post-Christian" seekers":

• a "detraditioning" or shift in the locus of authority to the individual
• a rejection of the doctrine of sin or being "born bad"
• nature as a source or mediator of spiritual feelings
• a therapeutic orientation of spiritual practices
• a rejection of exclusivism
• ethical objections to the behavior of believers
• acceptance of the idea that all religions teach the same thing
• a yen for mixing and matching of beliefs and practices
• an overhaul of ideas and images of God
• a disavowal of an oppressively authoritarian religious tradition
• an abandonment of the interventionist, personal, caring God
• human beings as inherently good — even divine
• the righteousness of not belonging
• doing good in the world
• rejection of heaven and hell
• replacing afterlife with reincarnation, karma, and expanding consciousness.

Mercadante makes a valid point when she says that meaning-making has shifted from "religious and civic institutions to popularly mediated gathering places," such as the Internet, social media, self-help literature, television, and film. The time has come for theological seminaries and continuing education programs for clergy to begin training and educating ministers and those seeking other callings to become active contributors to this new spiritual milieu.

We join with Mecadante in her view that SBNRs are providing necessary correctives with their emphasis on mystery and awe, finding the sacred in the ordinary, caring for the earth, and becoming more open to pluralism and the interplay between science and spirituality.

Where will this SBNR movement lead American religion? First, it might lead to a greater acceptance of "multiple religious belonging" where the boundaries are fluid and one can be both a Sufi and a Christian. Second, we might see the creation of a new religion based on elements of present-day spirituality. Third, there will be increasing contact between religions and the growth of what Wayne Teasdale called "interspirituality."

Undergirding these three possibilities is the yearning of SBNRs for a "re-sacralization" of the world. Mecadante explains: "They want to see and experience the sacred in more areas of life. They want a spirituality which is vital and personal." That sounds great to us! It's right in sync with what we have been covering on this website from its beginning. 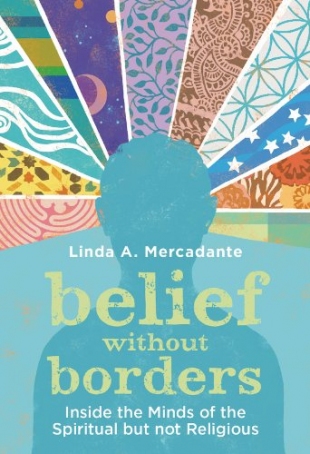