The Soul's Religion Cultivating a Profoundly Spiritual Way of Life

By Thomas Moore
A soulful approach to our beliefs that emphasizes mystery as an essential ingredient.

Leave it to Thomas Moore to speak directly to the central dilemma of our time — a certain blindness that depends upon a simplified definition of evil and a fear of diversity, hospitality, and openness. We need a more soulful approach to our beliefs.

The former monk, therapist, and unclassifiable theologian starts off with just the right note in this companion volume to his bestseller Care of the Soul. While people seem to be more attached than ever to rifts and separations, Moore bravely forges ahead with a salute to emptiness, which he sees as the very hub of religion and the spiritual life: "It is the open window that allows divine grace to pour in. It is the gesture of standing out of the way and letting life proceed. It is the relaxed mind allowing mystery to enter more deeply into the heart and imagination. It is the pristine condition of the soul and the prerequisite for glimpsing the divine."

No wonder Moore can speak of his debts to the wisdom of religions: Zen taught him not to hang on too tightly to the truth; Taoism tutored him in the art of yielding; the Christian mystics encouraged him to rest in the cloud of unknowing; and the Sufis and Native Americans made it clear that being a holy fool is a modest approach in a world of clashing "isms," authorities, and domination systems. While modern science emphasizes facts and figures, religions have always celebrated the limits of human knowingness in the face of so many unknowns. In his practice of spirituality as a writer, Moore has conscientiously reverenced the arts as an empty space where "the imagination can make contact with the infinite."

At the start of the new millennium, we nominated mystery as the most important spiritual practice. It's nice to see that Moore agrees! He calls keeping the mysteries "the real substance of the spiritual and religious life." He affirms the holy ignorance of Nicholas of Cusa and of Thomas Aquinas at the end of his career as a systematic theologian. Both would concur with the author's felicitous description of his ignorance as "a ticket to a kind of wonder and experience that would not be accessible otherwise."

For this tour of the soul's religion, Moore is a versatile, experienced, and very personable tour guide who shares more experiences from his private life than he has in other books. At 13, Moore joined a religious order and at 26, he left. At 60, the author has redefined Catholicism for himself, respecting its rich resources but in rebellion against its structures and rules. For Moore, unbelief is as important as belief. He cautions against all efforts to escape from the blood and guts of the lower self or the messes and miseries of humankind.

In a very real sense, Moore exists in a twilight zone between secular and religious professionals who criticize him for not participating in their empirical or theological enterprises. Instead, the happily idiosyncratic author relishes the writings and imaginative exercises of William Blake, Rainer Maria Rilke, Emily Dickinson, and Oscar Wilde. He calls them the advocates of a Romantic approach to religion in which "the soul reunites with the spirit." With great élan, Moore writes cogently about ethics as a way to Spirit, religious eroticism, dream practice, sweet suffering, the beauty of imperfection, and eternal life.

Throughout his writing career, Moore has tried to keep the sacred and the secular together. Here he offers multiple criticisms of the authoritarianism of Catholicism and the perfectionism of New Age spirituality, which are both, in their distinctive ways, bloodless and anorexic versions of belief gone amuck. At one point, Moore describes this book as "a trip in a tiny sailboat across an ocean of passions and mysteries." That's an apt description and a cordial invitation to all adventurous seafarers who are yearning to ride the waves and experience new wonders. 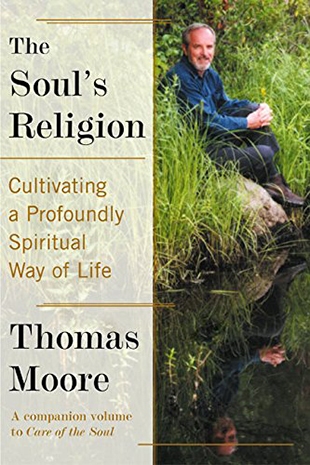