By Clarence Jordan, Joyce Hollyday
Sermons and translations from his Cotton Patch version of the New Testament.

This volume in the Modern Spiritual Master Series presents the life and writings of Clarence Jordan (1912-1969), a true prophet who believed that to be a Christian one has to walk the talk. After graduating from Southern Baptist Theological Seminary in Louisville, he and his wife and several other families, founded Koinonia Farm near Americus, Georgia, in 1942. The Greek word koinonia identified the early Jerusalem church whose members pooled all their resources and shared the life of Jesus Christ in a spirit of compassion and reconciliation, according to editor Joyce Hollyday in her introduction to this extraordinary man. He once defined faith as "not belief in spite of the evidence but a life in scorn of consequences."

Jordan had many radical ideas, which made him very unpopular with his Southern neighbors. During World War II, he followed the Christian practice of pacifism. He was very much against the rampant materialism in America. One day while visiting a fancy house of a wealthy person, he responded by saying, "Nice piece of plunder you got here." Jordan founded Fund for Humanity, a program for building homes for the economically marginalized which later evolved into Habitat for Humanity. He also instituted what he called "a cow library" in which families in need of milk could check out a cow free of charge. While all of these might have seemed quaint to his neighbors, they were for the Koinonia community valid expressions of the Gospel.

Following the Supreme Court's ruling on school desegregation, Jordan got into serious trouble with racists and members of the Ku Klux Klan when he tried to assist two African-American students in their application to a formerly segregated business college. This led to shooting, bombings, and vandalism against the Koinonia Farm. But Jordan steadfastly refused to leave. He spoke of these adversaries as people "with their personalities twisted and warped by prejudice and hate . . . If there is any balm in Gilead; if there is any healing in God's wings; if there is any hope — shall we go off and leave people without hope? We have too many enemies to leave them. The redemptive love of God must somehow break through. If it costs us our lives, if we must be hung on the cross to redeem our brothers and sisters in the flesh, so let it be. It will be well worth it. To move away would be to deny the redemptive process of God."

Many of the excerpts in this paperback are from Jordan's sermons and translations of Scripture — his "Cotton Patch" version of the New Testament. Here Jesus is fully human and speaking in terms that everyone can understand. For example, here is Jordan's translation of 2 Corinthians:

"We who live for Jesus always flirt with death, in order that Jesus' life may be all the more evident in our fragile flesh. So while death is operating in us, life too is in you. Having the same spirit of faithfulness described by the Scripture, which says, 'I acted, then I talked,' we too act, then we talk. We are sure that the One who made the Lord Jesus to live again will also make us alive and stand us all up together. Really, this all happened for you, in order that kindness which overflows onto many might swell up as a mighty prayer of thanksgiving and praise to God.

"And that's why we don't poop out. Even if we look worn out on the outside, we are constantly refreshed on the inside. After all, it will turn out that our little old troubles will be more than outweighed by our eternal glory. We just don't put any stock in outward things but in inner things. For outward things are perishable, while inner things are eternal." 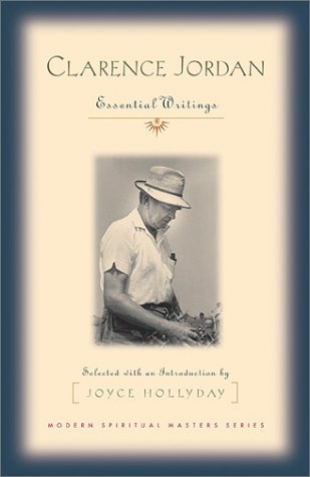