Hate-Work Working Through the Pain and Pleasures of Hate

By David W. Augsburger
A new paradigm for understanding this emotion and its alternatives: love, empathy, compassion, forgiveness, and restorative justice.

Many Americans since 9/11 have been caught up in a stew of vengeful feelings toward the "evil doers" who were behind the terrorist attacks. A renewed advocacy of redemptive violence is afoot in our culture, and it is gaining new adherents. These two worrisome tendencies make this paperback by David W. Augsburger most relevant. It is filled with keen insights into the spiritual path of love, empathy, compassion, forgiveness, restorative justice, and hope. The author is professor of pastoral counseling at Fuller Theological Seminary; he has written 20 books on pastoral counseling, marriage, and conflict and human relations, including Conflict Mediation across Cultures and Helping People Forgive.

Augsburger believes that we need a fresh paradigm for understanding hatred that captures the manifold ways in which we enact this emotion in our private and public lives: "We can break free from captivity to simple reactive hatred, grow to experience a reflective moral contempt for evil, and ultimately arrive at the maturity of a just hate that includes hate for hate itself." The spectrum of hate includes disgust, resentment, revenge, retaliation, deliberative hatred, contempt, and what he calls just contempt.

In chapters filled with good illustrative material and a panoply of psychological insights into human nature, Augsburger covers learning to hate; hate and memory; hate and the shadow; the Demon of the Absolute: the horror of the holocaust; the faces of the enemy; and the ways in which contempt becomes compassion. The author has read far and wide on the subject and quotes from Frederick Buechner, Willa Cather, Thomas Merton, Elie Wiesel, Martin Buber, Walter Wink, Reinhold Niebuhr, Henri J.M. Nouwen, and others.

We found plenty of helpful material on the myth of redemptive violence, the positive uses of resentment and contempt which are usually thought of only as toxins, the appeal of fanaticism in western culture, the connection between the imagination and hatred, and the challenges for those who try to practice empathy, love, and compassion in a society that is growing more and more uncivil.

We'll close with two snippets that are indicative of the thought-provoking material to be found in this excellent paperback. The first is an Arab proverb: "The one who throws a rock soon forgets. The one who is struck, never forgets." And the second by Jonathan Swift: "We have just enough religion to make us hate, but not enough to make us love one another." 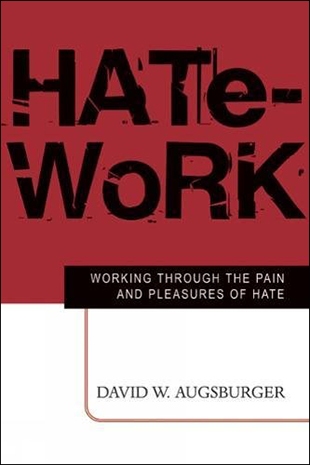