Unlike the Western religions, Hinduism does not have one single holy book, but rather many. The Bhagavad Gita is paramount among them, containing the core precepts of Vedanta, Yoga and other schools of thought in the pluralistic Hindu tradition.

Philip Goldberg first became aware of the Gita in the mid-1960s. It seemed that every author he admired — Ralph Waldo Emerson, Henry David Thoreau, Aldous Huxley, Joseph Campbell, Alan Watts, J.D. Salinger — wrote about it with great admiration. Thoreau kept it near at hand during his famous retreat on Walden Pond: “In the morning I bathe my intellect in the stupendous and cosmogonal philosophy of the Bhagavad Gita … in comparison with which our modern world and its literature seems puny and trivial.”

When Phil finally secured a copy — hard to come by in those days! — he read it start to finish that evening. It was mind-bogglingly new and heartwarmingly familiar at the same time. He went to bed knowing his life would never be the same. It wasn’t, and he has turned to the Gita again and again ever since.

This heartfelt, active, and yet rigorously scholarly relationship with the Gita drew our S&P team to invite Phil to teach our first e-course on this scripture. Phil is an author, public speaker, meditation teacher, Interfaith Minister, and co-host of the podcast Spirit Matters. He interviewed more than three hundred people for his book, American Veda, conversing with everyone from yoga practitioners to spiritual independents to secularists and dedicated adherents of every faith tradition. He was astonished by how many of those diverse seekers of truth had been influenced by the Gita's eminently practical guidance. We knew that he could convey its profound value to a community of people that included some who had not yet begun to tap its riches.

We invite you to explore some of the most illuminating verses of the Gita through this e-course delivered by email at the pace you choose. It includes 28 sessions. You will receive:

Whether you are seeking deeper devotion, enlightening philosophical precepts, spiritual liberation, or greater service to others (or all of the above), you will gain meaningful and transformative knowledge. You will come to understand why Philip writes, "I know of no other text, sacred or secular, that packs so much wisdom into so few words and still maintains a sense of narrative movement."

Join us for this very special chance to deepen your understanding of the Gita’s practical wisdom. You will quite likely find that even afterwards you will return to this sacred text many times for guidance. 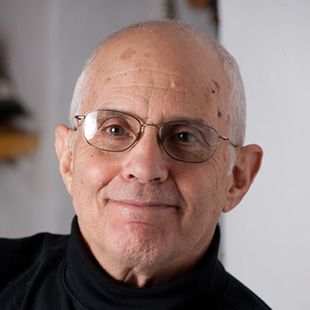