This Online Retreat is part of a series from Spirituality & Practice exploring the sacred texts of the world's religions. It focuses on the Qur'an, the holy book of Islam, and is led by two Islamic scholars who have dedicated themselves to bringing the wisdom of this sacred text to the wider world.

Shaikh Kabir Helminski and Jeremy Henzell-Thomas offer 30 meditations from the Qur’an revealing the universal spiritual principles at its heart. The purpose of this Online Retreat is to highlight those messages from the Qur'an that can guide and strengthen our hearts — whatever path we follow.

When the Qur’an first appeared about 1400 years ago, it initiated an unprecedented transformation of human societies. A civilization was born; within about 150 years Islamic civilization spread from the backward Arabian peninsula, through the Middle East and North Africa to Spain, east into Iran, Central Asia, India, and Southeast Asia. Setting a high moral standard, establishing the rights of other religions, encouraging science, it was a tipping point in human affairs.

Contrary to uninformed popular opinion, the message offered by the Qur’an was not some strange new religion, but rather a realignment with the primordial religion of humanity, affirming the essential truth of previous prophets and revelations.

This Online Retreat consists of emails with passages from the Qur'an and short commentaries by Kabir Helminski, Jeremy Henzell-Thomas, and other Islamic scholars. Suggestions for reflection encourage you to recognize how the message from the Qur'an resonates with your own life.

Kabir Helminski is an Islamic scholar with a Sufi perspective. He was one of 130 internationally recognized Muslim intellectuals and religious leaders invited to sign the historic document, A Common Word, a message of peace and understanding offered to the Christian world (ACommonWord.com). In addition to his own translations of Rumi and various books on spirituality, he has recently authored The Book of Revelations, A Sourcebook of Selection from the Qur’an with Interpretations and The Book of Language, Exploring the Spiritual Vocabulary of the Qur’an.(TheBook.org).

Jeremy Henzell-Thomas is Founder of the Book Foundation (TheBook.org), a non-profit charity dedicated to improving understanding of Islam in the West and bringing to light the universal spiritual message of the Qur’an. He has a Ph.D. in linguistics, and speaks and writes extensively on the theme of education, spirituality and society, including a regular Reflections essay for Emel Magazine offering a Qur’anic perspective on contemporary issues. 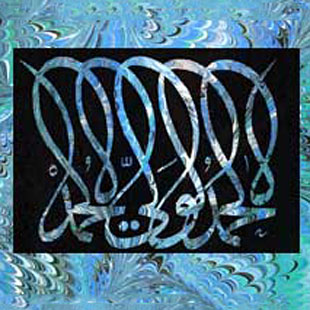