Diarmuid O'Murchu was born to a working class family and spent his childhood on a farm in Ireland. He calls his adult theological perspective a "re-discovery" of the Celtic spirituality he was taught as a child, which stressed a deep connection between God and nature. As O'Murchu began to read Teilhard de Chardin and Thomas Berry, their emphasis on the sacredness of the earth resonated with him and he began to articulate his own theology.

Diarmuid O'Murchu is a member of the Sacred Heart Missionary Order and a graduate of Trinity College, Dublin Ireland. He is also a social psychologist and has spent most of his working life in social ministry, predominantly in London, U.K. In that capacity he has worked as a couple's counsellor, in bereavement work, in AIDS-HIV counselling, and with homeless people and refugees. As a workshop leader and group leader, he has facilitated programs on Adult Faith Development in Europe, USA, Canada, Australia, The Philippines, Thailand, India, Peru and in several African countries. 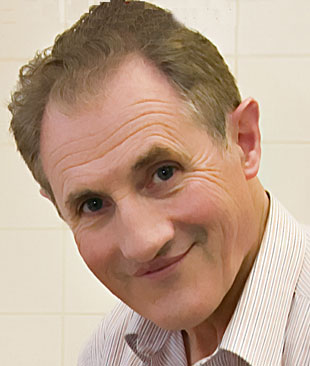