Sharon Salzberg first encountered Buddhism in a course on Asian philosophy at the State University of New York. In 1970, her interest in the subject took her to India. She attended her first Buddhist meditation retreat in Bodh Gaya, the site of the Buddha's enlightenment. For the next three and one-half years, Salzberg studied with teachers from India, Burma, and Tibet. She returned to America and began giving reteats. In 1976, Salzberg established with Joseph Goldstein and Jack Kornfield the Insight Meditation Society, which now ranks as one of the most prominent and active meditation centers in the Western world. Salzberg and Goldstein expanded their vision in 1989 by co-founding the Barre Center for Buddhist Studies (BCBS). In 1998, they initiated the Forest Refuge, a long-term retreat center secluded in a wooded area on IMS property. She now divides her time between homes in New York City and Barre, Massachusetts.

Salzberg has also emerged as a featured speaker and teacher at a wide variety of events. She served as a panelist with the Dalai Lama and leading scientists at the 2005 Mind and Life Investigating the Mind Conference in Washington, DC. She was a keynote speaker at the 2005 Sacred Circles Conference at the Washington National Cathedral. She has addressed audiences at the State of the World Forum, the Peacemakers Conference, as well as many Buddhist conferences. She was selected to attend the Gethsemani encounter, a dialogue on spiritual life between Buddhist and Christian leaders that included His Holiness the Dalai Lama.

Salzberg is a a contributing editor of Oprah’s O Magazine, and has appeared in Time Magazine, Yoga Journal, msnbc.com, Tricycle, Real Simple, Body & Soul, Mirabella, Good Housekeeping, Self, Buddhadharma, More and Shambhala Sun, as well as on a variety of radio programs. Her writing appears in anthologies as well as in her own books.

For most of her life, this accomplished and well-known Buddhist teacher has been unfolding the riches of meditation, which she characterizes as "the art of knowing how to begin again." Salzberg also describes it as a tool that enables us to see more clearly, to cherish the interconnectedness of all beings, and to incline the mind toward lovingkindness. She affirms equanimity and generosity as the keys to developing a compassionate heart. In her latest book, Salzberg encourages us to re-imagine faith not as a belief or a commodity but as "an inner quality that unfolds as we learn to trust our deepest experience." 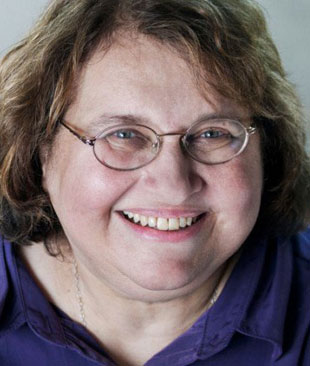