David Steindl-Rast was born in Vienna, Austria, where he studied art, anthropology, and psychology, receiving a MA from the Vienna Academy of Fine Arts and a PhD from the University of Vienna. In 1953, he joined Mount Saviour Monastery, then a newly founded Benedictine community in Elmira, New York, of which he is now a senior member. In 1958 - 1959, Brother David was a Post-Doctoral Fellow at Cornell University, where he also became the first Roman Catholic to hold the Thorpe Lectureship, following Bishop J.D.R. Robinson and Paul Tillich.

After twelve years of monastic training and studies in philosophy and theology, Brother David was chosen to participate in Buddhist-Christian dialogue. He co-founded the Center for Spiritual Studies in 1968 and received the 1975 Martin Buber Award for his achievements in building bridges between religious traditions. He later became very active in the House of Prayer movement, which affected some 200,000 members of religious orders in the United States and Canada. For decades he has divided his time between periods of a hermit's life and extensive lecture tours in the U.S. and abroad.

Long before Oprah started millions of women keeping gratitude journals, Brother David Steindl-Rast was writing about gratefulness as the heart of prayer and the most liberating way to live in joy and grace. Although he has many fine scholastic credentials, he'd never be described only as a head person. He is also a heart person who revels in playfulness and the lightness of being. These two qualities along with his high regard for imagination give his writings on spirituality a special tang. A fine example of this is his book on proverbs, those short and pithy bearers of wisdom from around the world. In these perilous times, Brother David has made a significant contribution by leaving his mark on the quality of interfaith dialogue. His intensive and far-reaching work has also helped to deepen and enrich monastic life.

Brother David has contributed to a wide range of books and periodicals from the Encyclopedia Americana and The New Catholic Encyclopedia,to the New Age Journal and Parabola Magazine.His books have been translated into many languages. His many audio and videotapes are widely distributed. At present, Brother David serves a worldwide Network for Grateful Living (ANG*L), through www.Gratefulness.org, an interactive website with several thousand participants daily from more than 240 countries. 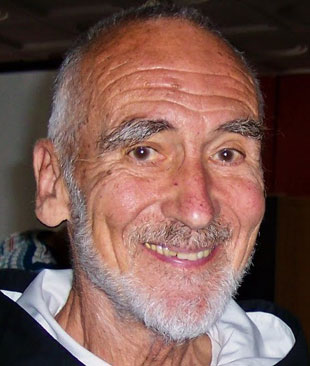