Thomas Merton O.C.S.O. (January 31, 1915 – December 10, 1968) is arguably the most influential American Catholic author of the twentieth century. His autobiography, The Seven Storey Mountain, has sold more than one million copies and has been translated into over 15 languages. He wrote 60 other books and hundreds of poems and articles on topics ranging from monastic spirituality to civil rights, nonviolence, and the nuclear arms race. He kept private journals and maintained a voluminous personal correspondence; he also recorded his classroom lectures.

Merton was born in France; her father was from New Zealand and his mother, from America. After a rambunctious youth and adolescence, Merton converted to Roman Catholicism while attending Columbia University. On December 10th, 1941, he entered the Abbey of Gethsemani, a community of monks belonging to the Order of Cistercians of the Strict Observance (Trappists), the most ascetic Roman Catholic monastic order.

The 27 years he spent at Gethsemani brought about profound changes in his self-understanding. This ongoing conversion impelled him into the political arena, where he became, according to Fr. Daniel Berrigan, the conscience of the peace movement of the 1960s. Referring to race and peace as the two most urgent issues of our time, Merton was a strong supporter of the nonviolent civil rights movement, which he called "certainly the greatest example of Christian faith in action in the social history of the United States."

Merton was a keen proponent of interfaith understanding. During his last years, he became deeply interested in Asian religions, particularly Buddhism, and he pioneered dialogue with prominent Asian spiritual figures, including His Holiness the Dalai Lama, the Japanese Zen master D. T. Suzuki, and the Vietnamese monk Thich Nhat Hanh.. After several meetings with Merton during the American's trip to the Far East in 1968, the Dalai Lama praised him as having a more profound understanding of Buddhism than any other Christian he had known. It was during this trip to a conference on East-West monastic dialogue that Merton died, in Bangkok on December 10, 1968, the victim of an accidental electrocution. 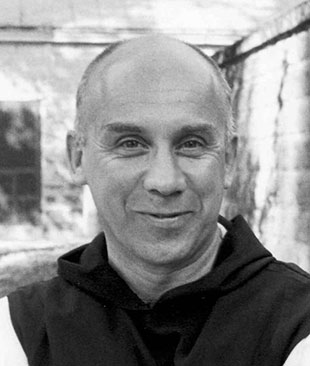