Tara Brach, Ph.D., has been practicing meditation since 1975 and leads Buddhist meditation retreats at centers throughout North America. She is also a clinical psychologist. Brach spent ten years living in an ashram where she practiced and taught kundalini yoga and concentrative (breath and mantra) meditations. After being introduced to Buddhist meditation, she attended a number of silent vipassana retreats led by Joseph Goldstein and other senior teachers. She went o­n to participate in a five-year Buddhist teacher training program under the guidance of Jack Kornfield at Spirit Rock Meditation Center. Subsequently, she received training in Dzogchen from Tsoknyi Rinpoche and has incorporated elements of Mahayana and Tibetan Buddhism into her daily practice and teaching.

Tara founded the Insight Meditation Community of Washington (IMCW) in 1998 and serves as its senior teacher. Along with a growing number of dedicated community leaders, Tara has guided IMCW in becoming o­ne of the largest and most active Buddhist centers o­n the East Coast. In addition to teaching Buddhist meditation classes and retreats, Tara travels widely — giving talks at conferences, as well as leading workshops and teaching courses. She often draws o­n her psychological training as well as Buddhist teachings and practices to help participants address difficult emotions and harmful behaviors.

Tara has written numerous articles, and recorded hundreds of talks that are available through IMCW, Dharma Seed Tape Library, and Sounds True. Her podcast receives over a million downloads each month. An engaged Buddhist, her themes often address the suffering of our world and the compelling need to respond to violence, ecological problems, and racial injustice by practicing compassion in action. In this spirit, Tara helped found the Washington Buddhist Peace Fellowship in 2002.

She has a son, Narayan, and lives in Great Falls, VA, with her husband, Jonathan Foust, and their dog, kd. 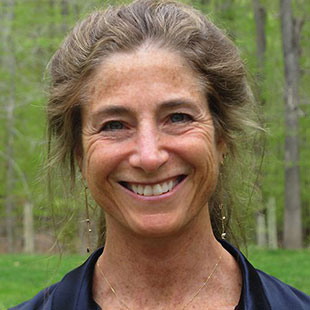