Eknath Easwaran (1910 - 1999) grew up in India and had a knowledge of both Sanskrit and Pali. He was chairman of the English department at a major Indian university before he came to the United States on a Fulbright scholarship in 1959. In 1961, he founded the Blue Mountain Center of Meditation, which carries on his work today through publications and retreats. During nearly four decades of active spiritual teaching Easwaran brought the wisdom of all the world's religions to readers of more than two dozen books, heralded by scholars and lay people alike.

Easwaran's lively, practical approach fits naturally with any faith or philosophy and brings universal ideals into daily life. This authority on mysticism stayed the course with tips on how to practice kindness, compassion, forgiveness, and peace in everyday life. For almost 40 years he taught meditation and his Eight Point program for calming the mind and living high ideals on the path of service.

Easwaran refers often to his favorite spiritual teachers. Foremost is his spiritual mentor Mahatma Gandhi, and he also admires Sri Ramakrishna, St. Francis of Assissi, and Meister Eckhart. Easwaran frequently quotes his beloved grandmother, who taught him that the universe is full of life and each being — even the smallest insect — significant. "In every leaf, flower, animal, and star she saw the expression of a compassionate universe, whose laws were not competition and survival of the fittest but cooperation, artistry, and thrift." 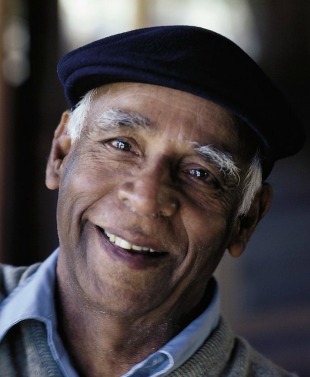