Barbara Cawthorne Crafton is an Episcopal priest, spiritual director, and author. She was rector of St. Clement's Church in Manhattan's Theatre district. She was also chaplain on the waterfront of New York, and served both historic Trinity Church, Wall Street, and St. John's Church in Greenwich Village. She was a chaplain at Ground Zero during the recovery effort after the World Trade Center bombing.

An actress, director, and producer, Crafton has worked for many years in combining the lively arts and the life of faith. Her books, articles, and radio scripts have won many awards, including numerous Polly Bond Awards from Episcopal Communicators and the coveted Gabriel Award for religious broadcasting. She is seen frequently on television both as a preacher and as a commentator on Hallmark's "New Morning" and "America at Worship." Crafton lives in New Jersey with her husband, a professor of English literature, in a purple house, which is known as the Geranium Farm. She has two children and two grandchildren. 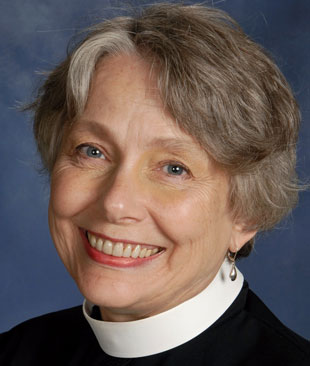