Bernie Glassman passed from this world on November 4, 2018, at age 79. He will be greatly missed by his dharma family, which includes teachers, priests, preceptors, zen entrepeneurs, multi-faith peacemakers, and general practitioners — as well as by all those touched by his teachings: spoken, written, and etched into his actions. You can prayerfully view his memorial service, conducted during the 2018 Zen Peacemakers Auschwitz-Birkenau Bearing Witness Retreat:

Zen Master (Roshi) Bernie Glassman, a world-renowned pioneer in the American Zen Movement, was a spiritual leader, author, accomplished academic, and successful businessman. He began his Zen studies in 1967 with Taizan Maezumi Roshi, the founder of the Zen Center of Los Angles. He also studied with Japanese Zen masters Yasutani Roshi and Koryu Roshi, and he became Sensei Glassman, Maezumi Roshi’s First Dharma Successor, in 1976.

In 1995, Sensei Bernie received inka, the final seal of approval, from his teacher and became known as Roshi Bernie Glassman. He served as Spiritual Head of the White Plum Lineage and as the first President of the Soto Zen Buddhist Association of America. Roshi Glassman gave authority to teach to 18 Dharma Successors including Zen Priests, Christian clergy, Rabbis, and a Sufi Sheik.

In 1980, Glassman moved back to New York City and established the Zen Community of New York in Riverdale. Exploring the problems in his community, he began to focus more on opportunities to integrate Zen practice with social action. He founded the Greyston Mandala, a network of community development organizations based on Buddhist values.

In 1994, Glassman conceived the idea of the Zen Peacemakers Order dedicated to the cause of peace. The concept was broadened to become a global, multi-faith network, founded by Roshi Bernie and his deceased wife, Roshi Jishu Holmes, to focus on the integration of spiritual practice and social action.

Glassman gave lectures applying Zen insights in business to improve productivity, creativity, and respect. He also led discussions of how people can harmonize workplace demands and good corporate citizenship, with a holistic emphasis on understanding how crisis and conflict must be addressed within oneself, one’s family, and one’s workplace. 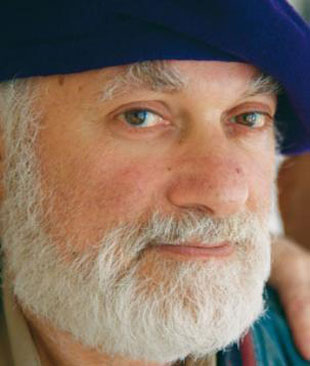