Jon Kabat-Zinn, Ph.D. is a scientist, writer, and meditation teacher engaged in bringing mindfulness into the mainstream of medicine and society. He gives public talks and workshops throughout the world on mindfulness and its applications for moving toward greater sanity and balance in today’s 24/7 multi-tasking-addicted, high-speed world. He is Professor of Medicine emeritus at the University of Massachusetts Medical School, where he was founding executive director of the Center for Mindfulness in Medicine, Health Care, and Society, and founder (in 1979) and former director of its world-renown Stress Reduction Clinic. His work has contributed to a growing movement of mindfulness into mainstream institutions in our society such as medicine, health care and hospitals, schools, corporations, prisons, and professional sports.

Dr. Kabat-Zinn received his Ph.D. in molecular biology from MIT in 1971 with the Nobel Laureate in Medicine, Salvador Luria. Dr. Kabat-Zinn’s research between 1979 and 2002 focused on mind/body interactions for healing, on various clinical applications of mindfulness meditation training for people with chronic pain and/or stress-related disorders, on the effects of mindfulness-based stress reduction (MBSR) on the brain and how it processes emotions, particularly under stress, and on the immune system; on the use and effects of MBSR with women with breast cancer and men with prostate cancer; on patients undergoing bone marrow transplant; with prison inmates and staff; in multicultural settings; and on stress in various corporate settings and work environments.

In 1993, his work in the stress reduction clinic was featured in Bill Moyer's PBS Special, Healing and the Mind and in the book of the same title. Several years ago, he and his colleagues published a research paper demonstrating in a small clinical trial, a four-fold effect of the mind on the rate of skin clearing in patients with psoriasis undergoing ultraviolet light therapy: [Kabat-Zinn et al, Psychosomatic Medicine 60:625-623 (1998)]. A recently published paper [Davidson, Kabat-Zinn, et al. Psychosomatic Medicine 65: 564-570 (2003)] shows positive changes in brain activity, emotional processing under stress, and immune function in people taking an MBSR course in a corporate work setting in a randomized clinical trial.

During his career, he has trained groups of judges, business leaders, lawyers, clergy, and Olympic athletes (the 1984 Olympic Men's Rowing Team), and environmental activists in mindfulness. Under his direction, the Center for Mindfulness conducted MBSR programs in the inner city in Spanish as well as in English, and in the state prison system in Massachusetts. He conducts annual mindfulness retreats for business leaders and innovators, and with his colleagues in the CFM, conducts training retreats for health professionals in MBSR. Over 200 medical centers and clinics nationwide and abroad now use the MBSR model, including 17 in the Kaiser-Permanente system in Northern California.

In 1998, he received the Art, Science, and Soul of Healing Award from the Institute for Health and Healing, California Pacific Medical Center in San Francisco, and in 2001, the 2nd Annual Trailblazer Award for "pioneering work in the field of integrative medicine" from the Scripps Center for Integrative Medicine in La Jolla, California. He is a Founding Fellow of the Fetzer Institute, a Fellow of the Society of Behavioral Medicine, and the founding convener of the Consortium of Academic Health Centers for Integrative Medicine, a network of deans and chancellors and faculty at major US medical schools engaged at the creative edges of mind/body and integrative medicine. He is also on the Board of the Mind and Life Institute, a group that organizes dialogues between the Dalai Lama and Western scientists to promote deeper understanding of different ways of knowing and probing the nature of mind, emotions, and reality. 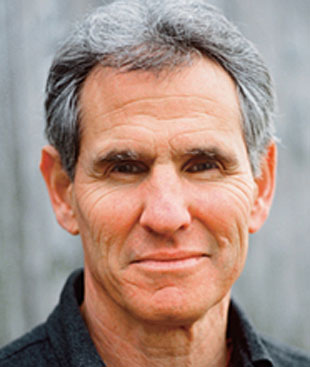