Deng Ming-Dao studied qigong, philosophy, meditation, and internal martial arts with Taoist master Kwan Saihung for 13 years. He studied with two other masters before that. He holds degrees from Occidental College in Los Angeles and the University of California in Berkeley.

Deng was raised in an artist studio, the son of two artists, Jade Snow Wong and Woodrow Ong. He is an award-winning graphic designer and fine artist whose work is in several collections, including those of the Brooklyn Museum, the Achenbach Foundation of the Fine Arts Museum of San Francisco, and the Oakland Museum. Some of Deng's watercolors appear at the beginning of each chapter in his book The Living I Ching.

Deng began his writing career with a trilogy based on the life of his teacher Kwan Saihung. As a spiritual teacher, he is known for his collections of practical meditations on Taoist concepts. 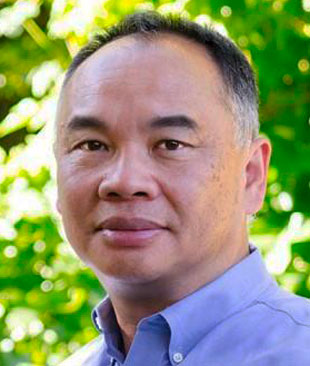