"Jesus' insistence that we love our enemies is more than an ethical ideal. In the struggle for human freedom, it is also a practical necessity. If love does not drive out the fears that so easily divide us, we will never gather together in coalitions strong enough to challenge those who benefit from injustice"
— The Third Reconstruction

"Wrong and evil have inbred the seeds of can't. Those who use their power can't stand, because God is not mocked! Remember there is a power higher than us all, and so by faith we will demand economic justice and address poverty. We will:

"And we will not go away quietly or back down submissively. We will meet this challenge faithfully."
— Forward Together

"We had risked the reputation of our moral movement by choosing to escalate our struggle through civil disobedience, and the increased intensity had stretched us as a coalition. But we were learning together that the old organizer's playbook doesn't always have the answer we need for a new moment. Saul Alinsky and his community organizing tradition had shown us the importance of building power and only tackling 'winnable issues.' His power analysis was crucial as we considered tactics and timing. But the moral power of standing by that which is good and right could not always be easily calculated beforehand. We hadn't known how long it would take to win on public education. But we had known we were right. So we had pressed forward.

"Sometimes, we were learning, we had to hold hands and walk forward into the darkness, even when we didn't know what the next step would bring. Walking by faith wasn't easy. But it was taking us places where the rules of organizing had not allowed us to go. No one knew just what we were becoming, but we knew one thing for sure: there was no turning back."
— The Third Reconstruction

"All of our faiths made clear that the codification of hate is never righteous. Legalized discrimination is never just."
— The Third Reconstruction

Call to Pastors and Preachers

"The authentic call of the Spirit will not allow pastors and preachers to be satisfied with words quarantined within the walls of the sanctuary."
— Forward Together

"Knowing who you are is critical to your sanity and your ability to sustain yourself when facing what Paul Tillich called the very threat of non-being and non-existence. This how the slaves made it through slavery. Yes, they were called everything but children of God by the oppressive slave masters and system of slavery, but somehow deep in their spiritual DNA they were able to yet sing: Before I be a slave, I'll be buried in my grave, and go home to my Lord and be free. They knew they were not slaves."
— Forward Together

The Politics of Rejection

"In American's long story, we have a lot of stones that have been rejected. Policy violence and rejection have too often been our legacy. And often, in spite of the calling of the Spirit and instruction of the Scripture, that legacy has been endorsed by the church. Think, if you will, of the Trail of Tears, the rejection of American's Native indigenous people and the genocide of those folk. In American's story, they have been rejected stones. Think of the rejection of Black people's humanity – not just slavery, but chattel slavery, reducing human beings to nothing more than mere property and animals. Think how even in the original writing of the Constitution, women were rejected and poor white men who didn't have land were also rejected. We must be honest about these foundations and not think that there is some great day behind us when all was well.

"We must be honest about the foundations of the political and economic systems we call America. I love America because of her potential. But I know that America will never complete the work of reconstruction – will never even get close to being a more perfect union – until we are honest about her past and the politics of rejections. And as a preacher, Lord help me, I must tell the truth about how the Christian faith has been used to whitewash the rejection that stains our nation's soul."
— We Are Called to Be a Movement 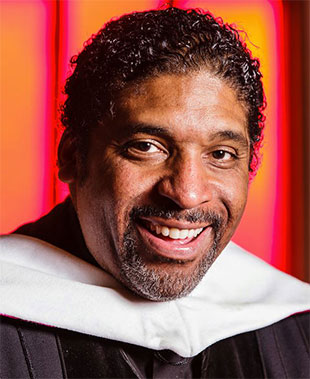