In her enchanting and beautifully acted Whale Rider, writer and director Niki Caro told the story of a twelve year old girl in a New Zealand coastal village who goes against the patriarchal traditions of her tribe to pursue her destiny as a leader. The extraordinary performance by Keisha Castle-Huges as Pai resonated with women around the world.

Now in her first American feature, Caro and screenplay writer Michael Seitzman have turned to a book called Class Action: The Landmark Case That Changed Sexual Harassment Law by Clara Bingham and Laura Leedy Gansler. In the spirit of Norma Rae and Silkwood, this drama reveals the misogyny and chauvinism that many women have to struggle with to earn their rights in the work place.

Considering we are at a point when the women's liberation movement has few supporters, and many who would like to declare "mission accomplished" and say that the movement is over, North Country is the right movie for our time.

Josey Aimes (Charlize Theron) is no crusader; she's just a single mom in 1989 Minnesota who has fled her physically abusive husband and moved into the small home of her father Hank (Richard Jenkins) and mother Alice (Sissy Spacek). They both want her to go back home for the sake of her two children, but she refuses. The first question her dad asks after seeing her bruised face is "Did he find you with another man?"

While working in a beauty parlor cleaning women's hair, she reconnects with Glory (Frances McDormand), an old friend who has a job as a union rep and a truck driver at an iron ore mining company — the same one Josey's dad works for. Determined to purchase her own house and give her kids the things she never had, Josey lands a job at the mine after being subjected to a humiliating gynecological test to make sure she isn't pregnant. Although the ratio of men to women working there is thirty to one, she finds that most of the men have nothing but hatred and disdain for her and her sex. They are convinced that every woman working there has taken away a job from another man — especially inexcusable in the rough times the town is facing. In addition, most of them think that a woman's place is the home, not the mines.

Josey is assigned to work with Bobby Sharp (Jeremy Renner), an old boyfriend from high school. Still holding a grudge against her from their past, Bobby is determined to make her life a living hell. Josey and the other ladies are subjected to crude sexual advances, sex toys in lunch boxes, humiliating names scrawled on the walls of their bathrooms, and physical abuse.

Sherry (Michelle Monaghan) goes into a portable toilet and several miners rock it until it falls over. She emerges covered with excrement as the men look on with pleasure. Told by the mining company CEO Don Pearson (James Cada) to come to him if she ever has a problem, Josey goes to report the sexual harassment by her male co-workers. Pearson responds by offering her a chance to resign.

The persecution intensifies as Bobby Sharp's irate wife confronts Josey at a hockey game and accuses her of seducing her husband. Soon this unfounded lie spreads among the whole community, and when Josey's son Sammy (Thomas Curtis) hears his mother called a whore, it drives a devastating wedge between them. He turns against her in the very moment when she needs support. Luckily, this frustrated and confused boy is given some helpful advice by Glory's sensitive husband Kyle (Sean Bean).

Josey gathers her courage and hires Bill White (Woody Harrelson), a former hockey star turned lawyer, to represent her in court. He decides to bring a sexual harassment class action suit against Pearson's. The company, of course, has hired a woman (Linda Emond) as their defense attorney. She immediately scrambles to find women workers at the mining company who allege not to have experienced any sexual harassment. Many women think Josey is just a trouble maker, and are unwilling to stick their necks out and lose their jobs.

Watching this drama reach its climax in the court room, it is nearly impossible not to feel one's blood boil. For seeking justice in a community where everyone is frightened to challenge the status quo of patriarchy and chauvinism, Josey is rewarded with degradation and isolation.

There are many fine performances in North Country, including those by Charlize Theron, Frances McDormand, Richard Jenkins, Sissy Spacek and Woody Harrelson.

Inspired by the film North Country, participate.net has launched an internet campaign called "Stand Up" to end sexual harassment and domestic violence.

DVD special features include the making of the documentary, stories from the North Country, additional scenes, and theatrical trailer. 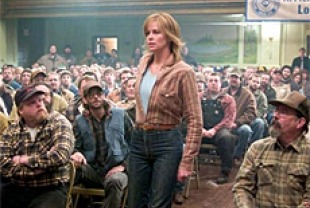 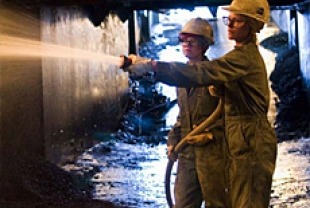 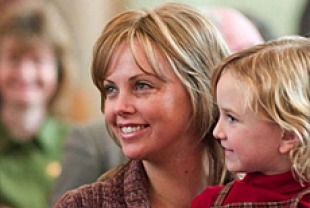 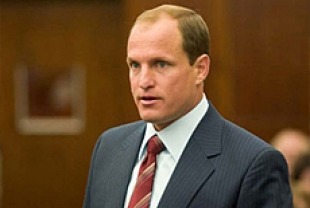