Directed by Stephen Gaghan
A complex, honest film that reveals the violence, corruption, and political chicanery involved in maintaining our addiction to fossil fuels.

Writer and director Stephen Gaghan, who won the Best Screenplay Academy Award for Traffic, uses the same kind of complex multiple narratives in this political thriller about the Middle East, American power plays in the area, oil deals, global industries, the CIA, and terrorism. Hats off to Gaghan for taking on such powerful material in this era when big business pulls the strings in politics and Washington ideologues think it is perfectly okay to meddle in the internal affairs of Persian Gulf countries. Gaghan has written of his approach to the film:

"We are living in complex, difficult times and I wanted Syriana to reflect this complexity in a visceral way, to embrace it narratively. There are no good guys and no bad guys and there are no easy answers. The characters do not have traditional character arcs; the stories don't wrap up in neat little life lessons, the questions remain open. The hope was that by not wrapping everything up, the film will get under your skin in a different way and stay with you longer. This seemed like the most honest reflection of this post 9/11 world we all find ourselves in."

The film was suggested by the book See No Evil by Robert Baer and has over 70 speaking parts. It was shot in various locations around the globe including Los Angeles, New York, London, Cairo, Bahrain, Dubai, Kuwait, and Damascus. Syriana is one of the best films of the year with its ethical firepower and its edgy portrait of power, politics, corruption, and violence in a world where the oil supply is running out. It puts in perspective what our addiction to this commodity is doing to us and to the world.

Connex, a big Texas energy company run by Tommy Thompson (Robert Foxworth), is interested in merging with Killen, a smaller company that has just gained the oil drilling rights in Kazakhstan. Jimmy Pope (Chris Cooper), its owner, is quite stunned when this union comes under investigation by the Justice Department and a law firm headed by Dean Whiting (Christopher Plummer), a powerful political player in Washington who is a member of CLI (Committee to Liberate Iran). He has given the investigation to Bennett Holiday (Jeffrey Wright), a lawyer whose father (William C. Mitchell) is not pleased with his son's ambitions. All of these businessmen and lawyers are rocked when the reform-minded Prince Nasir (Alexander Siddig), the heir apparent to the throne of an unnamed oil-producing Gulf country, grants natural gas drilling rights to China, which has outbid Connex.

This event sets in motion a series of chain reactions that affect the rich and the poor, the powerful and the weak, national leaders and loyal functionaries. Connex workers Saleem Ahmed Kahn (Shahid Ahmed) and his son Wasim (Mazhar Munir), immigrant workers from Pakistan, have been laid off from their jobs by the Chinese. Now they must scramble to find work before their visas run out. Whereas his father just wants to return to Pakistan, Wasim and his friend Farooq (Sonnell Dadral) join a local madrassa where they are able to vent their anger and to learn about Islam from a fiery Muslim who is recruiting terrorists.

Meanwhile, Bob Barnes (George Clooney), a seasoned CIA agent has returned to Washington after his last assignment went awry and a Stinger missile fell into the hands of a mysterious Egyptian. Fred Franks (Tom McCarthy), his superior at the CIA, gives him a new undercover mission which could propel him into a less tense and taxing desk job in the future if everything goes right. He is to assassinate Prince Nasir. But in Beirut, things do not go as planned and Bob finds himself betrayed and branded as a rogue operator by the CIA.

Another player in the affairs of Prince Nasir is Bryan Goodman (Matt Damon), who works as an energy analyst for a large and influential company in Geneva, Switzerland. While he and his family are attending a party hosted by the royal family, his son dies in a tragic accident in the pool. The Prince tries to make amends by offering him a well-paid consulting job. This does not sit well with Bryan's wife (Amanda Peet) who grows increasingly disturbed by her husband's grandiosity. Prince Nasir outlines some of his plans for reforming the country but behind the scenes Dean Whiting is at work trying to convince the aging Emir that he should choose his younger son to succeed him. The payoff will be a close relationship with the United States and a profitable partnership with American businesses.

These multiple narratives interweave leading to an explosive finale that is both disturbing and surprising. The title of the film refers to what Washington think tanks see as a hypothetical reshaping of the Middle East to serve American national interests. The director reveals the dangers of pride and arrogance that enables individuals, businesses, and political committees to fantasize about unlimited power to toy with the destinies of millions of people in the name of patriotism, greed, capitalism, or the concept of freedom.

But this is really a film about the consequences of the American addiction to fossil fuels. The world is running out of oil and natural gas, and already the United States faces stiff competition from China and India for this commodity. Now is the time to walk to work, or ride a bike, join a car pool, or use public transportation. Now's the time to investigate using solar panels to heat your home. Now's the time to purchase seasonal foods at your local grocery store rather than buying out of season items that must be shipped across great distances in trucks. There is a connection between what we do in our daily lives and the amoral power games being played in the world marketplace. Syriana punches this moral message home with real power. 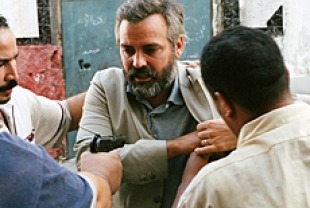 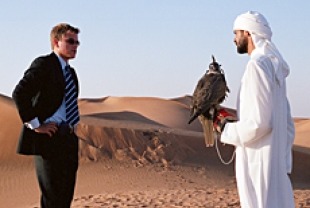 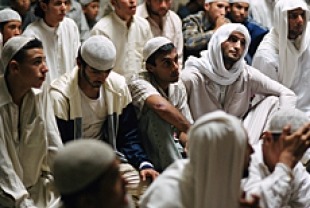 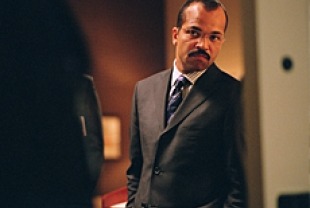