Directed by Chris Columbus
A soulful rock musical -- well worth some of the 525,600 minutes allotted to you this year -- that will speak passionately to the romantic and the rebel within you.

The film is based on the 1996 Tony and Pulitzer Prize winning rock musical written by Jonathan Larson (who died on the day of its final dress rehearsal). Larson used Puccini's 1896 opera La Boheme as the frame for his tribute to the feistiness and courage of artists, anarchists, and outsiders.

These individuals speak for all of us. The one who spits in the face of authority, the one who doesn't want to conform to society, the one who loves going against the grain, and the one who stands up for one's right to any brand of creative expression. If you identify with these impulses, let the rebel within you get up and dance your way into one of the best films of the year.

These people live in Manhattan's East village in the 1980s where grunge is on everything. The homeless people on the streets are not out of sight and out of mind like they are uptown in the more fashionable parts of the city. The major characters are squatters in a loft that is about to be gentrified.

Benjamin Coffin III (Taye Diggs), who was formerly a member of their artistic community, married the landlord's daughter and became a man with sharp entrepreneurial instincts. Now he wants to evict everyone from the building and set up a cyberspace enterprise.

Mark Cohen (Anthony Rapp) is a film maker who carries his camera on his bike and is using the city as a backdrop for his exploration of the human condition in extremis. One day he sees two cops hassling a homeless woman, and stops to film them. The woman ignores her assailants and instead attacks Mark for trying to exploit her suffering for his own selfish purposes.

Roger Davis (Adam Pascal) is a rock musician and ex-junkie who seems to have hit a dry spot in his creative endeavors. He is still upset over the suicide of his drug-addicted girlfriend.

Tom Collins (Jesse L. Martin) is a former professor and computer guru who is assaulted on the streets and rescued by Angel Dumont Schunard (Wilson Jermaine Heredia), a street drummer and drag queen. They begin an affair that lights up both of their lives.

Four of the characters in the story are H.I.V. positive and attend a support group together. In our youth obsessed culture, death is kept off stage and kids more than any other age group are convinced that they can beat death and disease. Drugs, of course, put a crimp in that dream — especially when the drug is heroin.

Mimi Marquez (Rosario Dawson), a dancer, is a beautiful young woman who is wasting away as a result of her addiction. She zeroes in on Roger but he is too shell-shocked by his last love affair to step into another one. They dance around each other, trying to connect. When all else fails, at least they have their own small circle of friends to turn to for comfort and support.

Maureen Johnson (Idina Menzel), who does protest-performance art, is an extrovert par excellence. That is why Mark had so much trouble in his love affair with her. She dumped him for Joanne Jefferson (Tracie Thoms), an African American lawyer who wants a committed relationship. This principled young woman worries about Maureen's flirtations with other women and her constant need to be in the spotlight. The cliché says that opposites attract, but can they forge a lasting relationship in face of their vast differences?

This is only one of the many love stories in Rent; finding someone to stand by you is the best way to combat death and the impermanence of daily life. Director Chris Columbus taps into the passion that animates the songs and the dances in this rock musical. He draws out vibrant performances from the ensemble cast with six of the eight actors coming from the original Broadway show.

The opening song puts each character under a spotlight as they sing the buoyant number "Seasons of Love." It is an emotional cue for all of us to let go and go with the flow of the drama. Rent lifts up and celebrates the lives of outsiders on the fringe of society, those souls yearning to express themselves creatively. It pays tribute to those whose values run counter to the dominant culture — where success, wealth and fame are the name of the game. It also salutes the courage and determination of gays and lesbians who have their own struggles to keep it all together in hard times.

In the opening song, the question is asked what we will do with the 525,600 minutes that comprise a year. Attending the movie Rent is a soulful use of some of these precious moments. You won't regret it. 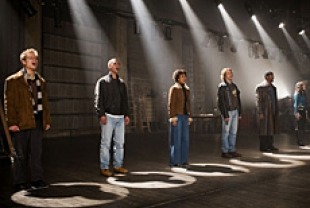 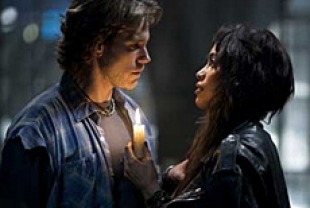 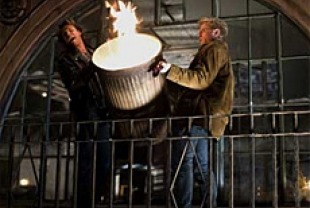 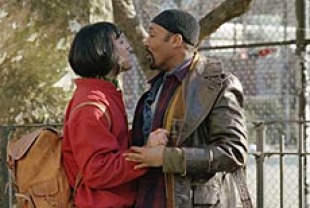 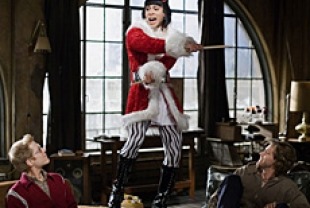 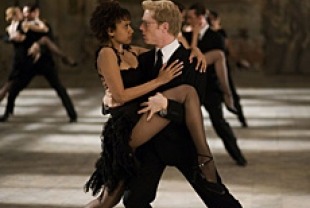