Directed by Monte Bramer
A moving documentary about this talented gay writer and activist.

This exceptionally moving and deeply illuminating ninety minute portrait of Paul Monette (1945-1995), a gay writer and activist, celebrates the freedom of men to find love and joy on their own terms. Raised as a middle-class boy in Massachusetts, he won academic recognition in high school and at Yale. But Monette, like other homosexuals, kept his true sexual identity under wraps. He fell in love with Roger Horwitz, a lawyer, in 1977 and moved to Los Angeles where he wrote screenplays and three novels. In Borrowed Time: An AIDS Memoir (1988) he revealed in anguished detail the death of his beloved companion. Monette's next relationship with casting director Stephen Kolzak was also terminated by AIDS. His bellwether autobiography Becoming a Man: Half a Life Story (1992) won the National Book Award.

Writer/director Monte Bramer and producer Lesli Klainberg followed Monette for the last two-and-one-half years of his life filming him at various promotional venues for his books, a Washington march, and vacations abroad. They chronicle the writer's valiant fight against AIDS, including a poignant scene as his last companion, Winston Wilde, arranges for him a daily regimen of pills, injections, and intravenous medications. Linda Hunt serves as narrator for the film, and Jonathan Fried recites passages from Monette's writings. This emotionally stirring documentary pays tribute to the loving spirit and healing power of a heroic gay writer. One of his legacies is a plea to all of us to continue to fight AIDS and homophobia: "Go without hate but not without rage." 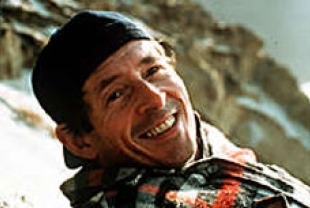