Directed by Hirokazu Kore-eda
An exquisite film about the afterlife that lingers in the mind and in the senses for many days.

We all have abundant riches stored in our memories. But, alas, we do not visit these hallowed experiences often enough. Macrina Wiederkehr, a Catholic devotional writer, believes that the soul thrives on remembering. She advises us to awaken and to appreciate the golden moments of our lives as a spiritual practice.

In Kore-eda Hirokazu's extraordinary film After Life, a group of just dead men and women are ushered into a halfway house. Each of them is met by a counselor who explains that during the next several days he or she will need to choose one memory — the most vivid, moving, or pleasant experience of his or her life. Then that event will be reconstructed and filmed in a studio. At the end of the week they will look at the films together and each take one memory into eternity.

As these individuals try to pick their favorite memories, they all struggle in one way or another. One worries that his memories aren't dramatic enough. Another refuses to participate in the process choosing instead to focus upon his dreams. One man is given 71 hours of videotapes of his life to watch in order to jog his memory.

Using both veteran actors and actresses and unprofessionals, Hirokazu (Maborosi, 1995) skillfully mixes documentary and narrative styles. It is fascinating to see what these people choose from the archives of their pasts. One recalls a wartime experience, another giving birth to a child. A teenager changes her mind, dropping a visit to Disneyland for a comforting moment in her mother's lap. A man recalls a vivid train ride as a youngster. A woman emphasizes a dance in a red dress. A pilot recalls the bliss of looking out on white clouds. An elderly woman remembers the joy of a shower of cherry blossoms.

One of the marvels of this after-life experience is that once the golden memory is recorded, everything else is erased so no one is burdened by the past. The irony is that all the counselors work in the halfway house because they were unable to choose a memory. A subplot deals with the way one adviser finds his way to a magic moment once he realizes that he has been a part of someone else's happiness. A young female trainee replaces him when he moves on to eternity.

After Life is one of those exquisite films that lingers in the mind and in the senses for many days. Each viewer will be challenged to feast on his or her own memories from the past. Emily Dickinson once wrote: "Such good things can happen to people who learn to remember." In the temple of your memories, you walk on sacred ground. 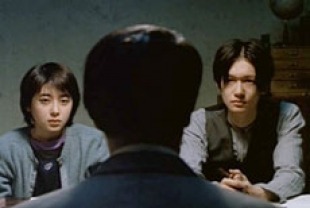 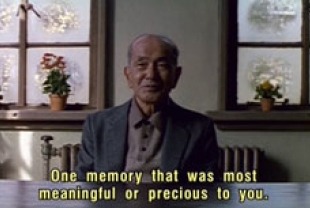 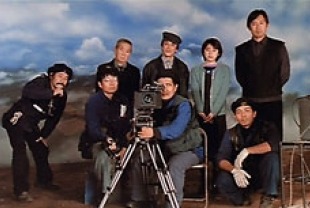 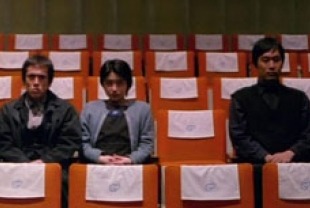